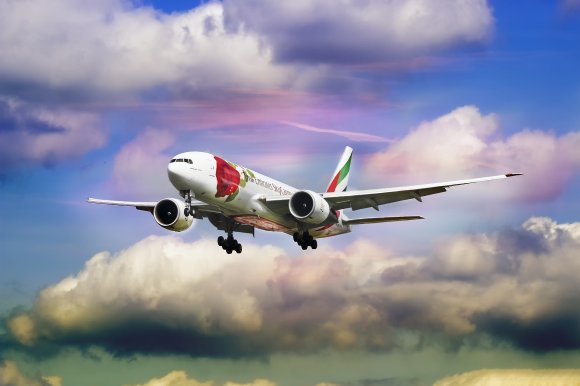 Hot on the heels of SpiceJet signing a cooperation agreement with Gulf Air of Bahrain, the Indian carrier has agreed a codeshare and interline deal with Emirates.

Becoming SpiceJet’s first-ever codeshare, the deal will be effective from early 2020.

Adnan Kazim, Emirates' chief commercial officer, said: "Emirates has historically shared a close and collaborative bond with India. In the last decade, we have flown more than 50 million customers on our Indian routes, which we now serve with 170 weekly services from Dubai.

"Our partnership will help us leverage SpiceJet's extensive route network ... This will also have a significant and positive impact on businesses in both countries and globally. We look to strengthening our partnership with SpiceJet even more in the coming months."

Ajay Singh, SpiceJet chairman and managing director, said: "This codeshare will further strengthen our position in the region and complement our international expansion strategy."

A statement on the carrier's website read: "As per the decision taken by our airline, we have entered a new phase of restructuring in order to provide you a unique flight experience. As of the 26th of November 2019, we have temporarily suspended all our flights until 21st of December 2019.

"During this period, all flight irregularities on the tickets until the 15th of December 2019 will be assessed by our teams."

Jet2.com has continued its expansion following Thomas Cook’s insolvency by opening a new base in Tenerife South airport.

The carrier’s winter expansion has seen more than 200,000 departing seats added from nine of its UK bases.

Steve Heapy, CEO of Jet2.com and Jet2holidays, said: “The opening of this Operational Base at Tenerife South Airport underlines our commitment to the Canary Islands and will play a key role in supporting our expansion.”

Pedro Manuel Martin Domínguez, President of the Island Government of Tenerife said: “It shows their continued commitment to the island after adding in a lot of extra capacity this winter proving that Tenerife remains a top choice for UK holidays.”

The Association of Asia Pacific Airlines (AAPA) has announced the new leader following Andrew Herdman’s decision to step down.

Subhas Menon will take on the role of director general with effect from 1 March 2020.

Herdman had been in post for 15 years. Menon brings more than 35 years’ experience in various management roles with the Singapore Airlines Group.

Herdman said: "The Asia Pacific region is already the largest aviation market globally, with further great opportunities ahead of us

“Subhas Menon, with his breadth of international and commercial experience, is very well qualified to lead AAPA in its next phase of development.”

Air Astana has announced a new service between Paris and Almaty in Kazakhstan, the host country of Routes Silk Road 2019.

The new route will commence in June 2020 using A321LR. Air Astana already serves Paris-Astana which it launched in 2015.