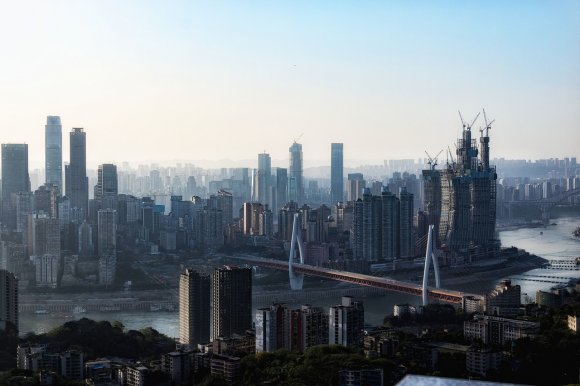 Hainan Airlines is returning to the Hungarian market this winter after an eight-year hiatus. The carrier plans to launch a twice-weekly operation between Budapest Airport and Chongqing from 27 December 2019 on board its two-class Boeing 787-9 fleet. It last served Hungary’s capital in March 2012 when it ended its two-weekly route to Beijing.

Budapest Airport, which was named Overall Winner at the World Routes Awards 2019, said demand between the city and China has enjoyed 18 percent year-on-year growth and forecasts that 220,000 passengers will travel between the two countries by the end of 2019.

The Chongqing route will become Budapest’s third to China in addition to Air China’s flights to Beijing and Shanghai Airlines’ service to Shanghai. Hainan currently flies to two points in Europe from Chongqing, connecting the Chinese megalopolis with Paris and Rome.

Dr Rolf Schnitzler, chief executive of Budapest Airport, said: “The fact that Hainan Airlines sees Hungary as such an attractive market that it wants to start a direct route from China is positive for both Hungarian travel and tourism, and for Hungarian business. This route will attract international tourists who want to visit Budapest and gives passengers even more choice of options for direct link as well as numerous onward connections.”

Taiwanese carrier EVA Air is to resume service between Taipei Taoyuan and Phuket in Thailand from 2 April 2020, with three weekly flights using Airbus A330-200 equipment. The aircraft will be configured for 252 passengers, with 24 business class seats and 228 economy. As reported by Airlineroute, EVA Air’s subsidiary UNI Air previously served this route with MD90 from June 2000 to March 2003, while EVA Air previously operated Kaohsiung – Bangkok – Phuket from February 1994 to August 1994.

Chinese airline Juneyao Air is to launch a new twice-weekly year-round route between Dublin and Shanghai. The carrier will start the service on 29 March 2020, operating on Sundays and Thursdays on board Boeing 787-9 aircraft. As with Juneyao’s other new European services to Manchester and Reykjavik, flights will operate via Helsinki.

Shanghai is the most popular unserved mainland Chinese destination for Irish passengers, as there are currently 42,000 trips between Ireland and Shanghai every year. Tourism Ireland estimates that about 100,000 Chinese visitors came to Ireland in 2018, an 11 percent increase compared to 2017. Ireland has a target of attracting 200,000 Chinese visitors per year by 2025.

The new route to Shanghai comes just two months after Hainan Airlines dropped its Beijing-Edinburgh-Dublin-Beijing and Beijing-Dublin-Edinburgh-Beijing routes from its network. It also ended its direct connection between Dublin and Shenzhen in September 2019.

It is expected that Juneyao’s Dublin-Helsinki-Shanghai service will have onward connections to 40 other Chinese locations, six cities in Japan and ten other Asia-Pacific destinations. The airline has full fifth freedom traffic rights for the new route, meaning that it can also sell tickets for travel to and from Dublin and Helsinki.