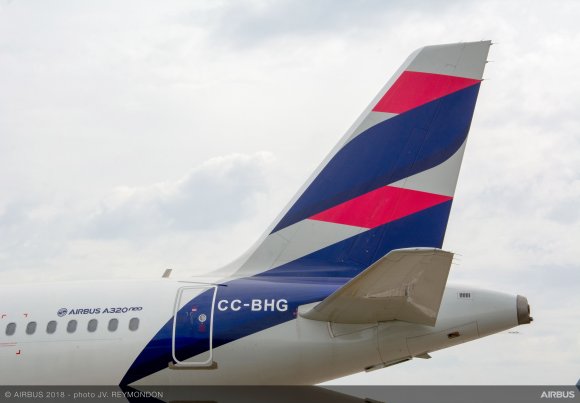 Delta and LATAM will launch codesharing for flights operated by certain LATAM affiliates in Colombia, Ecuador and Peru, the airlines have confirmed.

The agreements will begin in the first quarter of 2020, pending receipt of applicable government approvals. At the same time, Chile’s LATAM will discontinue its codeshare deal with American Airlines from 31 January 2020.

Delta said it expects to expand codeshare opportunities to include more destinations in the near future. The airlines are also working toward introducing frequent flyer program reciprocity and reciprocal lounge access.

“This is an important milestone for customers as we begin to deliver on the transformative partnership between Delta and LATAM announced earlier this year,” said Steve Sear, Delta president - international and executive vice president - global sales.

“Once fully realized, this partnership will give us the ability to offer our shared customers an industry-leading network and superior service across the Americas.”

In September, Delta agreed to spend $1.9bn for a 20 percent stake in LATAM as part of a deal that will give the airlines a leading position in five of the top six Latin American markets from the US.

The SkyTeam carrier will also invest $350m to support the establishment of a “strategic partnership” as well as acquiring four Airbus A350 aircraft from LATAM and assuming its commitment to purchase ten additional A350s, set for delivery between 2020 and 2015.

Prior to the deal being agreed, American Airlines had been pursuing an anti-trust immunised joint venture with LATAM. The tie-up between the two carriers appeared to be on track until May 2019 when Chile’s Supreme Court blocked the airlines from cooperating in the country, citing the dominant market position they would hold.