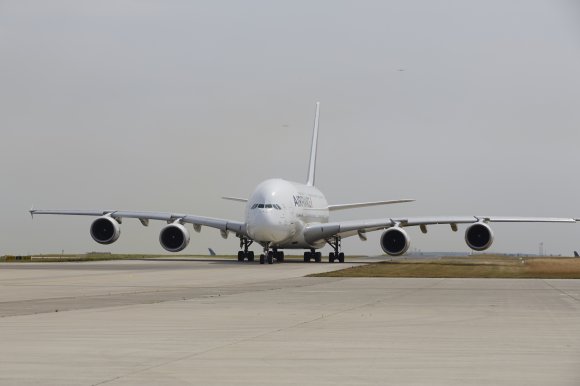 Air France-KLM has scrapped its plan to buy one-third of Virgin Atlantic but said the decision does not affect the planned transatlantic joint venture that also involves US carrier Delta Air Lines.

The deal was first announced in July 2017 and would have seen Air France-KLM buying a 31 percent stake in Virgin Atlantic currently held by Virgin Group for £220m.

However, in a statement Air France-KLM said the deal was “no longer necessary”.

“Air France-KLM will pursue its ambitious investment plan to regain its leadership position and will continue final preparations towards the launch of the expanded transatlantic joint venture in the coming weeks,” it added.

In November 2019, US transportation secretary Elaine L. Chao granted final approval to an application by Delta Air Lines, Air France, KLM and Virgin Atlantic to launch an expanded joint venture for all services between the US and Europe.

Ryanair is to close its bases in Nuremberg and Stockholm Skavsta in 2020 and cut its capacity forecast.

The Irish carrier said it expects to have only ten Boeing 737 Max jets available for its summer 2020 season, rather than 20 as originally planned.

The airline initially intended to be operating 38 of the aircraft type by next summer but has twice revised its forecast after the grounding of the 737 Max in March 2019.

In addition to the base closures, Ryanair plans to cut summer capacity at “a number of other existing bases” and is currently in discussions with staff, unions, and affected airports to finalise “these minor reductions”.

"We regret these two further base closures and minor capacity cuts at other bases which are solely due to further delivery delays to our Boeing Max aircraft,” said Eddie Wilson, chief executive of Ryanair DAC, the group’s biggest airline.

“Air Canada offers the most flights for travel between Canada and France and we are increasing our services to build on our market leading position,” said Mark Galardo, vice president of network planning at Air Canada.

“From our major hubs in Montreal, Toronto and Vancouver, we are scheduled to operate up to 53 non-stop flights per week to a total of six destinations in France for summer 2020.”

The additional flights will be operated with Air Canada's Airbus A330-300 fleet.

Transavia will start flights from Brussels Airport in the 2020 summer season, serving nine destinations from 30 March.

The carrier will begin service to Alicante and Ibiza in Spain, Verona in Italy, Corfu, Heraklion and Thessaloniki in Greece, Faro in Portugal, Tel Aviv in Israel and Agadir in Morocco.

It hopes to attract both Belgian passengers and passengers from the south of the Netherlands, as well as bringing more tourists and other visitors to Belgium.

Transavia has six bases in Europe, three in the Netherlands and three in France.

Mesa Air Group is to add 20 new Embraer E175 LL aircraft to its United Express fleet. The aircraft will be owned and financed by Mesa and be covered under a 12-year capacity purchase agreement.

The E175 LL features 70 seats in a three-class configuration. Deliveries are scheduled to begin May 2020 and expected to be completed by the end of 2020.

In connection with the deal, Mesa’s 20 Bombardier CRJ-700 aircraft will be leased to another United Express carrier for a term of seven years.

Krešimir Kučko, Gulf Air’s chief executive, said: “We are glad to sign this codeshare with Middle East Airlines and offer their passengers direct daily service from Beirut to Bahrain on Gulf Air. Beirut has always been a key route in our Middle Eastern network and we welcome this partnership with the flag carrier of Lebanon.”