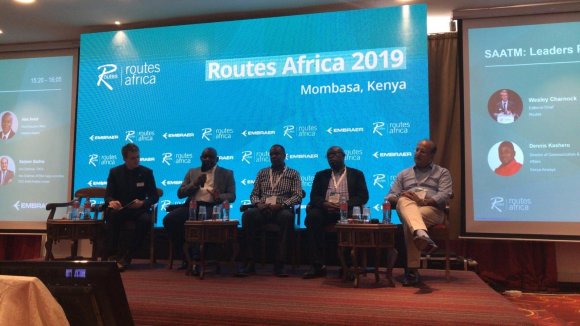 Launched in January 2018, SAATM is the flagship project of Africa’s integration Agenda 2063 that aims to open Africa’s skies and improve intra-African air connectivity.

A total of 32 African countries made solemn commitment to implement SAATM. There were 11 countries which signed the pact at the launch in January 2018.

The project builds on the Yamoussoukro Decision from 1999, when African ministers responsible for civil aviation agreed to deregulate air services, put in place mechanisms for fair competition and dispute settlement and liberalise frequencies and tariffs.

Speaking during a panel debate in Kenya’s second-largest city Mombasa, Aaron Munetsi from African airlines association AFRAA said SAATM is already being implemented and building on the Yamoussoukro Decision. However, he hit out at protectionist measures still adopted by some countries.

Munetsi also refuted suggestions that SAATM would only benefit the largest African airlines, saying the suggestion that Africa could end up with a few huge airlines is “a myth”.

“Currently we have air traffic ability to move between countries governed by bilateral agreements; we want them to be replaced by multilateral for African airlines,” he said. “We need to make sure the taxes, charges and fees attract people to travel.”

He explained that to operate between Nairobi Wilson and Kilimanjaro, the aviation taxes charged are about $50. This compares with a bus ticket price between the two destinations of about $20.

“You would have booming traffic if you removed the $50 – a lot of the road traffic would shift because of time and safety,” he said. “If you have free movement, our prices could down by 30-40 percent.”

Data from IATA shows that the two best performing countries in Africa in terms of intra-continental connectivity – Ethiopia and Kenya – only have direct connections with 29 other countries.

Sanjeev Gadhia, vice chairman of TIACA and chief executive of Astral Aviation, said airlines must shoulder some of the blame and look at connecting secondary destinations, rather than competing into primary hubs.

“Carriers need to take advantage of flying to secondary city pairs. African airlines have been very complacent. They need to look at the unserved markets.”