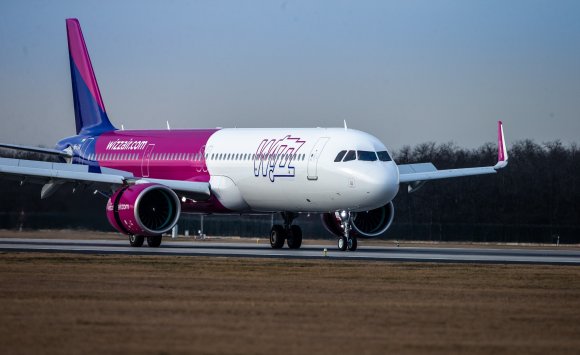 The services will operate twice-weekly and have been announced two months after rival Ryanair unveiled its own plans to begin flying to the former Soviet republic.

Ryanair will open two new routes from Yerevan to Milan Bergamo and Rome Ciampino starting on 14 January 2020. A further two routes, from Yerevan to Berlin Schönefeld and from the north-western Armenian city of Gyumri to Memmingen, will begin during the summer 2020 season.

All four routes will be served two times per week using Boeing 737-800 aircraft.

“That expansion is subject to regulatory discussions and, depending on how the regulatory regime evolves, we would react on that. But we are very keen on going east,” he explained.

Wizz started 76 new routes during the six months of its 2019/20 financial year, including offering its first flights from London Luton to Moscow and St Petersburg, as well as new entry into Brussels Zaventem, Edinburgh, London Southend and Odessa.

Váradi, who will be speaking at Routes Europe 2020, added: “From a network design perspective, we are also seeing more and more opportunities flying within Central and Eastern Europe as opposed to just flying east to west, which used to be the core of a network model.

“We still think that we have a lot of room to manoeuvre. I don't think that we're going to be finding growth opportunities difficult in the coming years.”

In addition to starting service to Armenia, Wizz has reached agreement in principle with Abu Dhabi Developmental Holding Company (ADDH) to launch an airline in the United Arab Emirates.

It is intended that Wizz Air Abu Dhabi will be formed via a joint venture, and operations are expected to launch in the second half of 2020.

The airline will focus on establishing routes to markets in which Wizz has existing high-growth operations, namely Central and Eastern and Western Europe, as well as the Indian subcontinent, Middle East and Africa.

Váradi said: “Wizz Air Abu Dhabi will be an incremental path of growth for Wizz Air, built on our successful ultra-low-cost business model, bringing affordable travel to ever more customers. We believe the new airline has the potential to be a significant player in the region.”

Mohamed Hassan Al Suwaidi, chief executive of ADDH, added: "As a trusted government partner with a clear mandate to boost key sectors of Abu Dhabi's non-oil economy, we are proud to partner with Wizz Air, an airline with strong market presence and brand recognition in key European source markets.

"Through our partnership with Wizz Air, we aim to capitalise on the growing demand for budget travel and support the continued growth of Abu Dhabi as a world-class cultural and tourist destination."