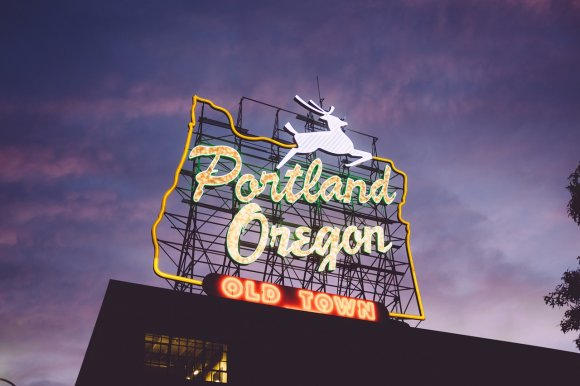 British Airways is adding a 27th destination in the US to its network. The airline will begin year-round flights between London Heathrow and Portland, Oregon, from 1 June 2020 on board Boeing 787 Dreamliner aircraft. Flights to Portland will depart on Monday, Wednesday, Friday, Saturday and Sunday. As reported by Airlineroute, service will be four-weekly during the winter season from 25 October 2020.

In addition to its acclaimed international food scene, Portland is home to a thriving festival, craft beer and music culture, as well as a vast range of outdoor activities. The city is also consistently ranked as one of the most liveable in the US, with more than 1,200 technology companies based in the metropolitan region.

BA launched 16 new routes across the globe in 2019, its centenary year, including direct flights to Pittsburgh and Charleston in the US. BA, along with its Atlantic joint business partners American Airlines, Finnair and Iberia, will add eight new routes between Europe and North America from next summer, including American Airline’s new service from Boston to London Heathrow and Iberia’s new route from Madrid to Washington D.C.

Canadian carrier WestJet is increasing its presence in Boston with the launch of seasonal flights from the Massachusetts city to Calgary. The service is scheduled to begin on 14 May until 12 October 2020 on board Boeing 737-700 aircraft.

Details of the new route were announced two days after Air Canada confirmed plans for a seasonal service between the two destinations, starting on 22 June through to 22 September using Airbus A319 equipment.

However, Calgary is WestJet’s main hub while Boston is a new hub for its partner Delta Air Lines. Delta has steadily been increasing its presence in Boston in recent years and upgraded the airport to hub status in July 2019.

The Canadian Competition Bureau approved WestJet and Delta’s proposed transborder joint venture in June, but the deal is still to be given the green light by the US Department of Transportation.

Sun Country Airlines is expanding to Canada for the first time with flights between its home hub Minneapolis-St. Paul and Vancouver International. The seasonal route will be the airline’s first to its northern neighbour in its 36-year history. It will operate twice weekly on Wednesdays and Saturdays from 20 May 2020 using Boeing 737-800 aircraft.

Sun Country is currently transitioning into an ultra-low-cost carrier, as well as changing its network strategy to help balance the seasonal nature of its leisure traffic from Minneapolis. Other seasonal routes added in recent weeks include non-stop flights to Baltimore and Cleveland from Minneapolis and Newark and Seattle from Madison, Wisconsin. Chief executive Jude Bricker, the former Allegiant Air chief operating officer, is a keynote speaker at Routes Americas 2020.