Fresh from agreeing to buy Norwegian’s subsidiary in Argentina, ultra-low-cost carrier JetSMART is expanding its presence in another international market.

The first flight took place on 20 December 2019, with the route initially operating twice per week but rising to three-weekly from 8 January 2020. It is the first time Cali has been linked to Chile non-stop.

“This route marks our start of operations in Colombia,” said Estuardo Ortiz, chief executive of JetSMART.

“We continue to expand the air market in Latin America through this important route, which undoubtedly becomes an excellent option for the inhabitants of Valle del Cauca who want to travel to Chile for pleasure or to visit their families.” 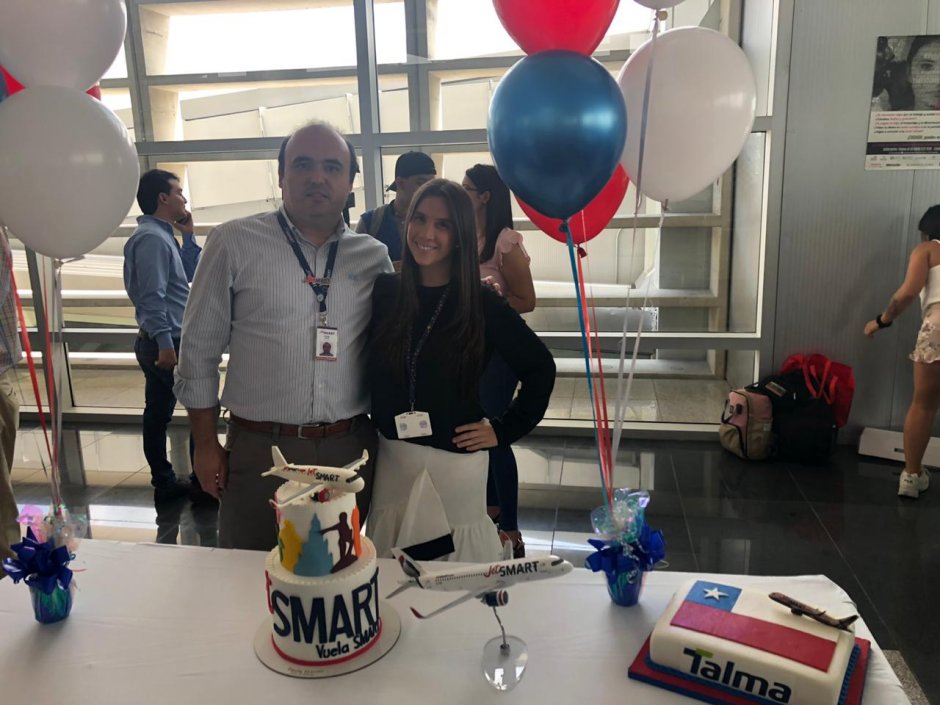 Ricardo Lenis, general manager of Aerocali, which Cali’s Alfonso Bonilla Aragón International Airport, added: “JetSMART’s arrival makes it possible to add a new international destination to Valle del Cauca, offering greater options for travellers and increasing connectivity to the south of the continent with direct flights to Santiago de Chile, which represents the airport's continuous effort to attract low-cost airlines that boost tourism in the region.”

On 9 January, JetSMART will also begin a three times per week service between Santiago and Bogotá. Both the Cali and Bogotá routes will be served using Airbus A320 aircraft and have been supported by aviation consultancy ASM.

Data provided by Sabre Market Intelligence shows that traffic between Chile and Colombia has grown strongly since 2014 when 263,286 passengers flew between the two countries. The figure reached 521,622 in 2018. JetSMART said it expects the Cali and Bogotá routes will each transport about 30,000 passengers per year.

JetSMART, owned by Indigo Partners, operates a fleet of nine A320s but has ambitions of growing to 100 aircraft by 2026. It currently has 80 A320s on order.

Over the next six months, the three Boeing 737 currently operated by NAA will be replaced by JetSMART’s Airbus A320 aircraft. The 737s will return to service for Norwegian in Europe.