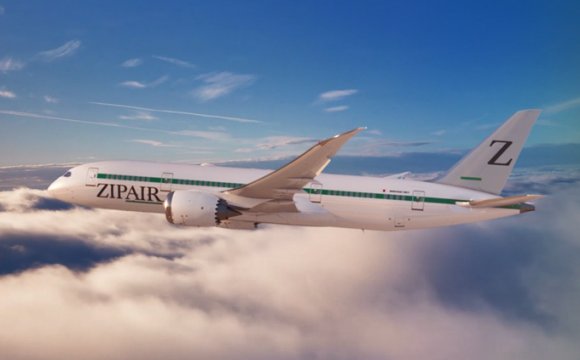 Zipair, a Japanese LCC startup owned by Japan Airlines, plans to operate Boeing 787-8s between Tokyo Narita and Bangkok and between Narita and Seoul Incheon starting later this year.

The Bangkok route will launch in May, while the Seoul route will start in July. The LCC will operate the routes with 787-8s configured with 290 seats; 272 in economy class and 18 in business class. The Recaro economy seats have 31-in. pitch and a width of 17 in. The business-class seats, made by Jamco, will convert to fully lie-flat beds with a width of 20 in.

There are no seatback inflight entertainment (IFE) screens in either class. Instead, passengers will be able to stream entertainment to their own devices. Internet and streamed content will be available for a fee. Every seat is equipped with a power outlet.