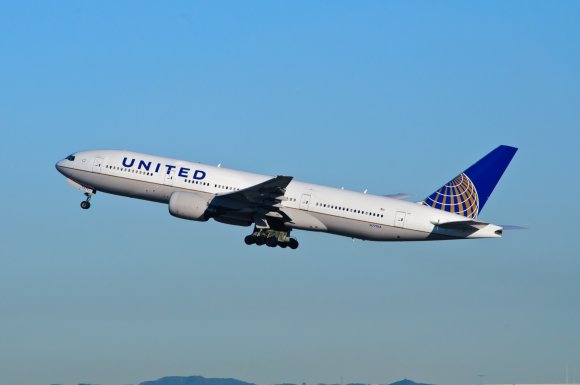 United Airlines has been lobbying the US Department of Transportation (DOT) to delay signing off on proposed codeshare operations between Philippine Airlines (PAL) and PAL Express while the department undertakes a review into access issues for US carriers at Manila’s main airport.

In November, PAL submitted a request to codeshare with its PAL Express subsidiary on a twice-weekly flight between Manila and Guam. United, which has been trying without success to obtain a second route to Manila’s Ninoy Aquino International Airport (MNL), has urged DOT to postpone a decision on PAL’s application until United’s access issues at Manila have been addressed.

Chicago-based United said in recently-filed comments that while it has been “unable to execute its Manila growth plans,” PAL has increased its US-Manila flights by 25%, seats by 30% and capacity by 35%. “Given these facts, United believes that the slot and airport access challenges it has experienced at Manila must be rectified” before approving the application, the company said.

PAL has defended the merits of its application, arguing that it does not control Manila Airport’s slot-distribution program and should not be held accountable for United’s lack of access there. The Philippine flag carrier also said United could pursue “more appropriate mechanisms” for resolving its dispute with MNL without dragging PAL into the mix, including by filing a complaint under the International Air Transportation Fair Competitive Practices Act (IATFCPA), which PAL said was “expressly designed to address these types of issues.”

On Dec. 18, United said it recognizes PAL’s frustrations over DOT’s delay in approving the codeshare request, adding that “United is equally frustrated in its efforts to implement commercial plans at Manila.” The carrier acknowledged that PAL does not have the ability to directly influence slot distribution at MNL, but insisted that “the fact is Philippine carriers are growing disproportionately to US carriers while United has been denied access to Manila.”

United’s push to hold up a fairly routine codeshare request over concerns about slot access at foreign airports is not without precedent. In May 2016, Dela Air Lines urged the department to delay a codeshare application from Avianca and Air India over concerns that Delta was being blocked by the Indian government from implementing its own codeshare agreement with now-defunct Jet Airways. And in Jan. 2017, American Airlines objected to Air China’s application for renewal of authority to fly between Beijing and Houston due to American’s view that the Civil Aviation Administration of China had failed to make commercially viable slots available to US and foreign carriers.