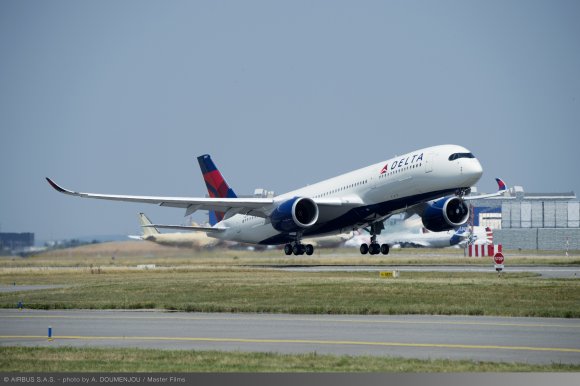 Canada’s WestJet holds eight coveted slot pairs at New York LaGuardia Airport (LGA). But those slot pairs came from a Delta Air Lines divestment—prompting a push for the slots to be returned given the proposed WestJet-Delta Canada-US cross-border joint venture.

The planned JV between Atlanta-based Delta, which fashions itself as “New York’s hometown airline,” and Calgary-based WestJet has led to sharp disagreement between the two partners and a host of their North American rivals regarding the fate of WestJet’s eight slot pairs at LGA.

The slots in question were awarded to WestJet in 2011, after being divested from Delta as part of its US Airways slot swap. Fears they would effectively return to Delta’s control—in contravention of the US Department of Transportation’s (DOT) original intent—have prompted carriers including Alaska Airlines, JetBlue Airways, Southwest Airlines and Spirit Airlines to demand WestJet divest the slots as a condition to receive antitrust immunity for its pending JV with Delta.

Delta and WestJet have aggressively dismissed the idea of divesting, arguing their offerings from LGA are mostly complementary and rarely overlap. They have also made the case that divesting WestJet’s LGA slots—which it uses to offer the only direct nonstop competition between LGA and Toronto (YYZ) to Air Canada—would effectively cede control of the valuable route to the Canadian flagship carrier and United Airlines, its transborder partner.

“It is implausible that any [new entrants] could sustainably compete on the highly contested NYC-Toronto route against the mature and immunized Air Canada/United transborder relationship,” Delta and WestJet said in joint comments submitted Dec. 23.

South Florida-based Spirit was the latest carrier to demand WestJet divest itself of the slot pairs, urging the DOT on Dec. 23 to reallocate them to smaller carriers currently operating less than 5% of slots at LGA.

Spirit says that despite the department’s efforts to enhance competition at the slot-constrained airport, it has been unable to add any new slots there since being awarded 22 slots in 2000. Meanwhile, Delta has expanded its market share at LGA from 24% to 46% of total slots in the years since its combination with US Airways.

“WestJet can no longer be considered an independent LCC providing the kind of competition and market discipline the Department intended when approving the slot exchange in 2011,” Spirit said.

Delta last held 520 slots at LGA, far more than any other carrier. That figure is 59% larger than American Airlines and 4.5 times larger than United. Together, the “Big Three” U.S. carriers control 83% of the airport’s slots, compared to just 11% for LCCs.