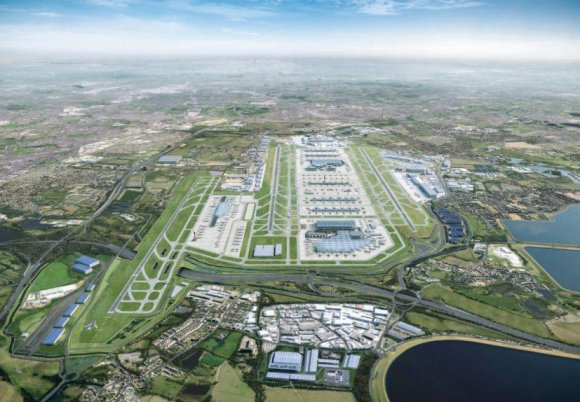 London Heathrow Airport has pushed back the opening of its third runway again, this time to an opening date in 2028 or 2029.

The airport said Jan. 8 that it would be launching a new, eight-week consultation to finalize its expansion proposals following last month’s decision by the UK Civil Aviation Authority (CAA), to cap the amount the airport could spend on the project prior to it receiving planning permission.

The airport wanted to raise the amount of money it could spend on preliminary work from £650 million ($850 million) to £2.3 billion. The CAA said it would only allow £1.6 billion to be spent.

Heathrow said that this action would delay the opening of the new runway at the heavily constrained airport by “at least 12 months,” leading to a new opening date of 2028-29.

“Capping spending has prolonged the construction period of a new third runway and means Heathrow will need to undertake refreshed modelling of key aspects of the plan—including public transport to and from the airport—to evidence that Airports National Policy Statement (ANPS) targets can be met,” the airport said in a statement.

The consultation period will run from April to June to give nearby communities and local authorities the opportunity to review and give feedback on the plans. Responses will feed into the final planning application, to be submitted to the UK’s Planning Inspectorate toward the end of 2020.

If Heathrow’s plans are approved by the UK’s Secretary of State for Transport on the recommendation of the Planning Inspectorate, the third runway is expected to open some time between early 2028 and late 2029.

“This country is ready for a decade of infrastructure delivery underpinned by expansion at Heathrow,” Heathrow’s executive director for expansion, Emma Gilthorpe, said. “We are keen to ensure our plans continue to be supported and shaped by local people as we prepare to deliver the economic boost Britain needs.”