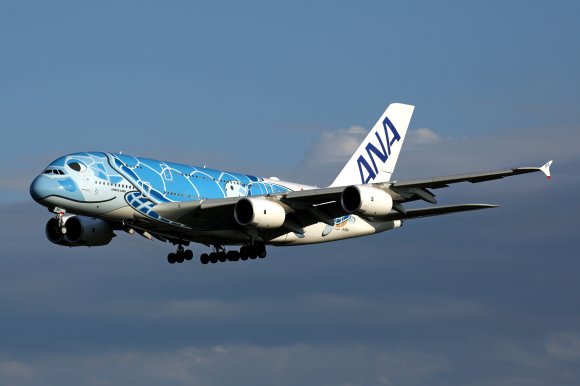 All Nippon Airways (ANA) expects to receive its third Airbus A380 in April, which will allow the carrier to move to an all-A380 service on the busy route between Tokyo Narita airport and Honolulu.

The airline ordered three A380s, which were all earmarked for the Hawaii market. The first arrived in March 2019 and entered service in May, with the second aircraft beginning operations the following month. The A380s have taken over 10 of the 14 weekly frequencies on Narita-Honolulu, with the other four flights operated by Boeing 777s.

The third A380 delivery means all of the double-daily Narita-Honolulu flights will be flown by A380s from July 1. ANA also has a daily flight from Tokyo Haneda airport to Honolulu, which is generally operated by 787-9s.

ANA does not operate the A380s on any non-Hawaii routes.