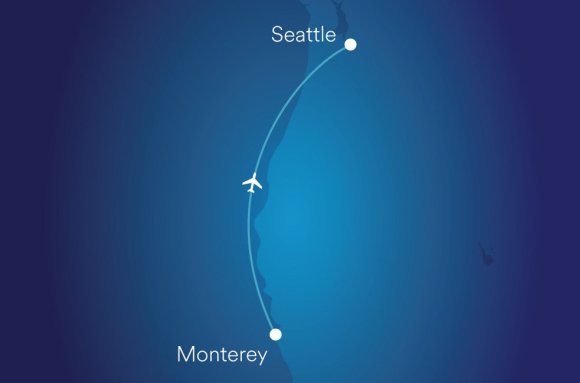 Alaska said the route further strengthens connectivity in its network between the US Pacific northwest and northern/central California. Alaska network planning manager David Besse noted that passengers living in the greater Monterey area will be able to avoid “several hours” of driving to get to another California airport when traveling to Seattle.

Monterey will become the 92nd nonstop destination that Alaska serves from its Sea-Tac base hub. Monterey Regional Airport director Michael La Pier said the airport has been pushing Alaska to fly nonstop between Monterey and Seattle for “some time.”

The route will be operated with an Embraer E175.