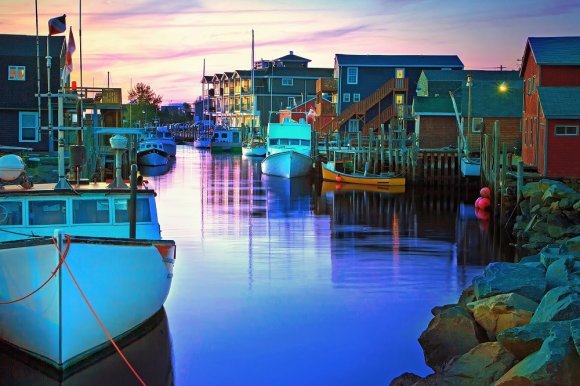 Manchester is to become WestJet’s third destination in the UK in addition to London Gatwick and Glasgow. The Canadian carrier plans to begin non-stop service between Manchester and Halifax Stanfield from June 5, 2020. Flights will be four times per week on board a two-class Boeing 737-700 aircraft.

The service will cross the Atlantic in just over six hours on the way to Halifax, and five hours on the return. It will be Manchester Airport’s shortest long-haul route and is the latest addition to its departure board, with services to Dhaka, Sylhet, Shanghai and Boston already announced for this year.

Figures from Sabre Market Intelligence show that the UK is Halifax’s largest outbound market in Europe, with 41,517 one-way passengers in the year to June 2019. WestJet began service from the airport to Europe in 2015 with the addition of Glasgow to its network. It added Paris Charles de Gaulle and London Gatwick in 2018 and Dublin in 2019.

Halifax is the capital of the province of Nova Scotia and is a major economic centre with a large concentration of government and private sector companies. The route will enable passengers to connect onto a wide range of services to other Canadian destinations, such as Ottawa, Calgary and Edmonton.

The new 2,179 km route will compete with Turkish Airlines, which connects the capitals of Turkey and Finland with two daily flights. However, the Star Alliance member flies from the new Istanbul Airport, rather than Istanbul Sabiha Gökçen. Turkish Airlines has been the only operator between Istanbul and Helsinki since Finnair ended service in 2011.

Sabre data shows the number of two-way passengers between the two destinations increased to 49,401 in the 12 months to June 2019, a rise of 25.5% year-on-year. This followed annual growth of 39.9% between June 2017 and June 2018. Pegasus will be hoping to tempt price-conscious leisure passengers with its lower fares.

Avianca has ended flights between Bogota and Havana amid tightening US sanctions against Cuba. The carrier previously served the route daily using Airbus A319 aircraft but operated its last flight on Jan. 15, 2020.

Bogota-based Avianca is currently subject to US jurisdiction for certain laws and regulations. This is because of the airline’s ownership structure, with about 78% of the business being controlled by a limited liability company in Delaware.

OAG Schedules Analyser data shows the Star Alliance member offered 1,800 weekly two-way seats between Bogota and Havana and was one of only two airlines to provide scheduled service between Colombia and Cuba. Copa Airlines Colombia also flies 3x-weekly between the two capital cities.

The US has further tightened sanctions on travel to Cuba in recent months. In October, the US Department of Transportation issued a notice suspending the authority granted to US airlines to between the US and any point in Cuba except for Havana, forcing the likes of JetBlue and American Airlines to suspend flying to a number of destinations on the island nation.