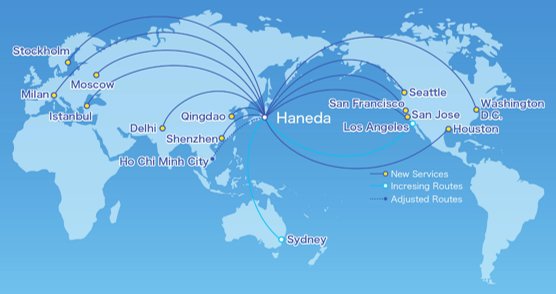 Japan’s All Nippon Airways (ANA) will be boosting long-haul international flying from Tokyo Haneda Airport this spring and summer, including starting a new Tokyo-Istanbul service on July 6.

The carrier is also starting daily service between Haneda and Washington Dulles and between Haneda and Houston Intercontinental from March 29 using 777-300ERs. On March 29 it will also commence daily Haneda-Seattle flights using a 787-8. All three US routes are replacements for flights to the cities from Narita that will be dropped.

Daily flights between Haneda and Moscow will start July 1 using a 767-300ER.