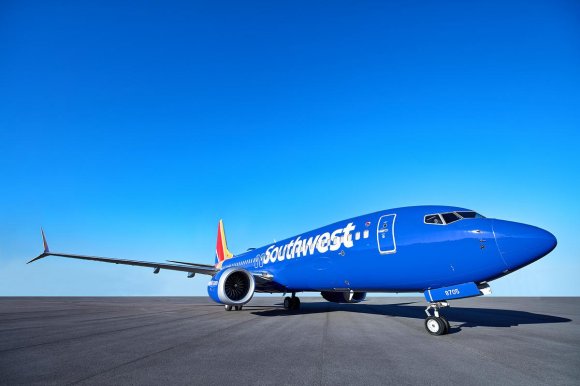 The grounding of the Boeing 737 MAX has led Southwest Airlines to focus more on short-haul flying and less on long-haul expansion, according to company executives.

Dallas-based LCC Southwest had 34 737 MAX 8 aircraft in its fleet when the grounding was put in place in March 2019. Another 27 MAX 8 aircraft designated for Southwest have been produced by Boeing but are currently in storage and undelivered. Boeing has halted production of the 737 MAX, for which Southwest is the largest customer.

The manufacturer is now aiming for a summer 2020 return to service of the aircraft, but the US FAA has cautioned there is no timeframe for recertifying the aircraft in the aftermath of the Lion Air and Ethiopian Airlines crashes that led to the worldwide grounding.

Given that 61 aircraft best suited for long-haul flying are unavailable to Southwest, the carrier—an all-737 operator—has decided to curtail long-haul expansion for the time being. Last year it dropped Newark (New Jersey) Liberty Airport from its network, consolidating New York-area operations at New York LaGuardia Airport, citing the MAX grounding.

Southwest did launch flights between the US West Coast and Hawaii in 2019 and said it plans “continued investment” in Hawaii operations in 2020.

But, aside from Hawaii, long-haul expansion is on ice for now (and, in fact, some long-haul routes are being trimmed), with additional flying in 2020 expected to be focused on strengthening Southwest’s short-haul operations to/from Baltimore, Denver and Houston—markets where it is already strong.

“We’re a short-haul specialist and we’ve got more short-haul customers than anybody else in the country and arguably more short-haul flights,” CEO Gary Kelly pointed out to analysts in a recent conference call.

Southwest president Tom Nealon added: “Our focus is to maintain depth and frequency of service to key markets, and we’re also very focused on maintaining a high degree of point-to-point direct flying as well as maintaining high-quality connecting itineraries. Now when you look at our schedule, you’ll see that we’ve trimmed some capacity from longer-haul markets. We’ve added more capacity into our short and medium [flying], which is a real core strength of our network. Just to be clear: In no way are we walking away from long-haul flying. But with the MAX out of service, we have opportunities to replace profitable, but below system average RASM long-haul, nonstop itineraries with high-quality connecting itineraries. We will do that. And with the strength of our point-to-point network, we have the flexibility to do that. Now once the MAX returns to service, we’ll certainly restore the vast majority of flights that have been taken out of our schedules and will do so in a way that lines up with our operations and commercial objectives.”