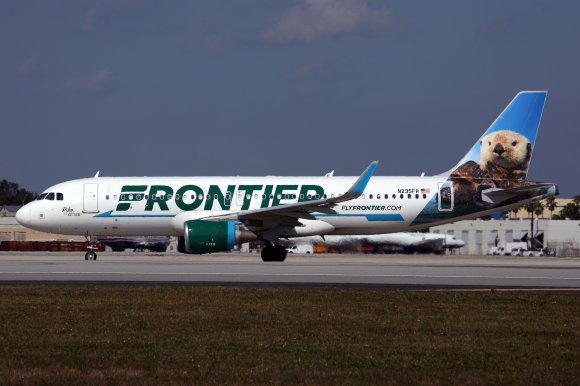 Denver-based Frontier Airlines is returning to Wilmington-New Castle Airport (ILG) with a new nonstop service to Orlando (MCO). The route will operate 3X-weekly on Tuesday, Thursday and Sunday, starting May 14.

The airline last served the destination between 2013 and 2015, OAG Schedules Analyser data shows, offering routes to Orlando, Tampa, Chicago Midway and Denver, among others, during the period.

However, since Frontier’s withdrawal from the market, the state of Delaware has been without regular commercial passenger service. A small state on the US East Coast, especially popular during the summer beach season, Delaware has no major cities—but is in close proximity to Philadelphia, Baltimore and Washington, DC.

Thomas Cook, executive director of the Delaware River and Bay Authority (DRBA), operator of ILG, said: “The airport is in a perfect location between Philadelphia and Baltimore, offering customers the option to forego the hassles of a big city airport. We want to be the airport of choice for people in Delaware, South Jersey, Pennsylvania and Maryland who seek both low fares and a convenient airport experience.”

DRBA deputy executive director Stephen Williams added that “significant infrastructure improvements” have been made at ILG since Frontier last flew from the airport.

“With the help of our Congressional delegation, we were able to upgrade, enlarge, and strengthen the terminal apron to better accommodate multiple commercial aircraft simultaneously,” he said. “In addition, the Authority spent more than $5 million to enhance the terminal auto parking lots and is currently improving the passenger terminal facility. The foundation is here for commercial air service to be successful.”

Frontier previously operated the ILG-MCO route between July 2013 and April 2015. According to Sabre Market Intelligence, there were 56,486 two-way passengers between the destinations during the 2014 calendar year.