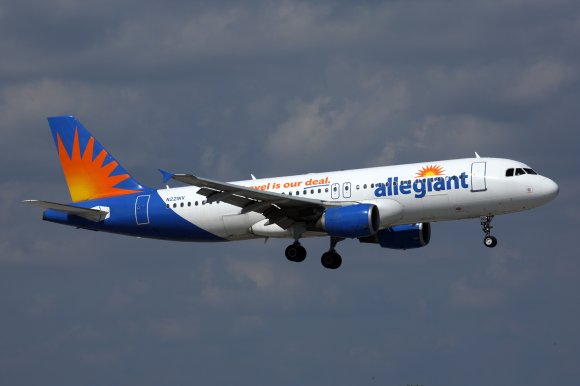 Las Vegas-based Allegiant Air is projecting to grow capacity between 10% and 12% in 2020, with 44 new routes planned, including the additions of Boston Logan (BOS), Chicago Midway (MDW) and Houston Hobby (HOU) in the second quarter.

“While we’ve been through the MD-80 retirement for over a year, we are just now beginning to grow aircraft meaningfully versus pre-retirement levels. This had somewhat constrained our ability to grow the network as ideally as we would have,” said Allegiant VP-revenue and planning Drew Wells, describing the 44 new routes the “largest slate of new routes in company history.”

Of the 44 new routes, only 11% will be competitive, compared to between 20% and 25% of routes already in Allegiant’s network, said Wells, adding that the company aims for a 75% success rate when planning new route offerings. Wells said that the carrier is looking to use Boston, Chicago and Houston to serve chiefly as destinations, rather than sources of origination traffic.

“It would be very expensive to drive a lot of origination traffic from these cities, and that’s not what we’re after. Within our little niche, we’re not concerned about competitive reaction. We’ll watch the industry, but it’s not something that we expect to rankle others,” Wells said.