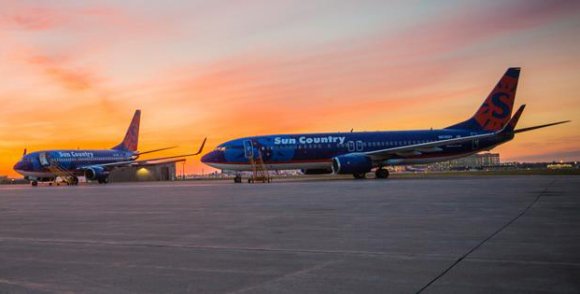 Minnesota is a great home base for an airline because Minnesotans are fervent and reliable travelers, the CEO and president of Minneapolis-based Sun Country Airlines said.

Addressing Routes Americas 2020 in Indianapolis, Indiana, Jude Bricker, who joined the carrier two years ago, explained how its base at Minneapolis-Saint Paul International Airport (MSP) is a major asset supporting strong growth. The carrier has 1 million “loyal households” in the greater Twin Cities area, Bricker said.

Since taking the helm, Bricker, formerly an executive at Las Vegas-based ultra-low-cost-carrier Allegiant Air, has made significant changes at the carrier, which used to be a two-cabin full-service airline. Its new low-cost model, operating all Boeing 737-800s, is strongly focused on the leisure market and has lowered fares by an average of $35 while adding some 20 new destinations, all of which have been “100% successful,” Bricker said.

“Around 60-70% of what we do is done from Minneapolis and all our crews are based there. It’s a great home market with great growth opportunities, and we now have about 50 destinations out of the airport,” Bricker said.

The carrier focuses on southbound flights to warm-weather destinations during the cold winter months and then switches assets to big city markets during the summer.

Delta Air Lines also has an MSP base, but Bricker said Sun Country’s leisure-focused strategy enables it to stay competitive. “Most of our markets are also served by Delta, but Delta owns the corporate market,” he explained. “That’s a dead end for us, but the leisure customer has to overpay on the Delta cabin because it is filled with their corporate and high-mileage customers. So, when we come in with 25% lower fares, you have stimulation opportunities.”