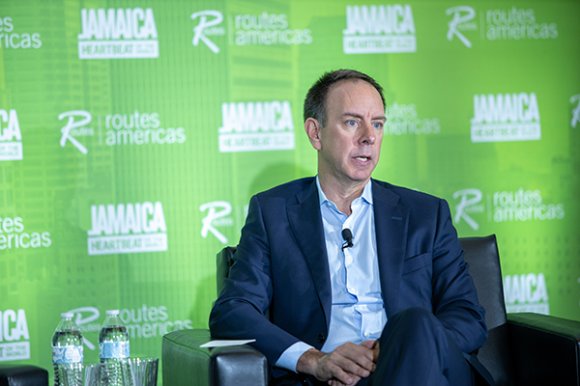 The dynamic is shifting away from global alliances toward joint ventures (JVs) as airlines seek to take greater control over their destiny, according to IATA regional VP of the Americas Peter Cerdá.

He said the tie-up between LATAM Airlines and Delta Air Lines highlights this, with LATAM not expected to join a global alliance following its exit from oneworld.

“Do you need to be in an alliance to be effective?” said Cerdá. “LATAM will remain commercial relationships with some of its oneworld partners despite the Delta partnership.

“It shows the dynamic is shifting and will continue to shift because customers are looking for different types of services and products.”

Cerdá said the increased desire for connectivity is driving the change. He explained that there are about 23,000 city pairs that are now regularly serviced by airlines, double the number 10 years ago.

New longer-range narrowbodies flying transatlantic routes will also be a “game-changer” for the market, added Cerdá.

JetBlue plans to open routes from Boston and New York to London in 2021 using Airbus A321LRs. Mainline carriers have responded by adding routes and frequencies ahead of the launch, including American Airlines’ plans to open a non-stop service between Boston Logan and London Heathrow.

Cerdá said it was only “a matter of time” before airlines start to fly narrowbodies deeper into Europe from North America, while longer-range aircraft will also open up new routes to secondary destinations in Latin America.

“It’s going to get much more competitive on transatlantic routes and we’re going to see prices coming down, particularly in the front of the aeroplane,” Cerdá said.

“It will create new markets that are unable to be served by the 777 or A350, and that means better connectivity across the Atlantic.”

However, he cautioned that the rising competition will likely create overcapacity: “That is something we need to be mindful of because it could have a knock-on effect across the industry.”