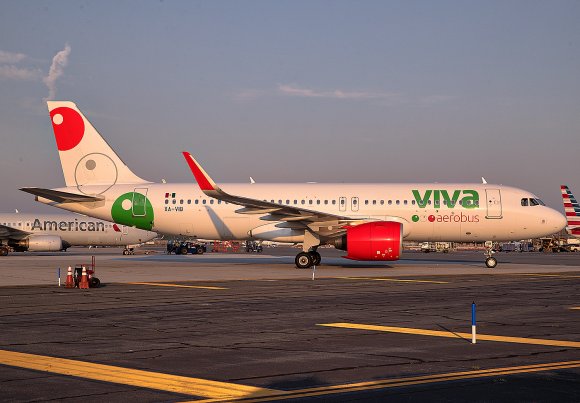 Fast-growing Mexican ultra-LCC Viva Aerobus expects to add about 20 new routes this year, including a couple of US routes.

The carrier is planning to take delivery of six more Airbus A320 -family aircraft in 2020, including its first four A321neos configured with 240 seats. Aerobus currently operates 36 A320-family aircraft with an average age of 3.8 years, making it the youngest fleet in Latin America.

Viva Aerobus vice president-strategy, business development & ancillary revenues Fernando Estrada told Routes Americas 2020 in Indianapolis that Aerobus carried 11 million passengers in 2019—2 million more than in 2018—added 19 new routes and saw a 20% growth in available seats. By the end of the year, the airline was operating 100 domestic routes and 18 international routes, mostly to the US. Aerobus’ domestic market share had grown to 18%.

With a 5.1 cent CASM, Aerobus says it has the world’s lowest cost base that allows it to maintain very low fares and stimulate the market. But another important factor is its high utilization rate, which averages 12.8 block hours per aircraft per day. That means aircraft typically fly more than six stages per day, with an average length of about 620 mi. (1,000 km).

Estrada could not reveal the new Mexico-US routes that the airline plans to open this year, but said an announcement was likely “in another couple of weeks.”

The airline is also introducing a new cabin design this year that will include six rows of premium economy at the front and another at the exit row, each offering more legroom. There will also be in-seat power sockets and a WiFi offering that will provide internet service via passengers’ own devices.

Another new product that the airline intends to roll out this year at its Monterrey, Mexico, hub is self-service kiosks that will allow check-in via face recognition technology. The new system will be introduced and tested using employees from mid-February before being opened to the public. Passengers will be able to check in, check bags and make some ancillary purchases simply by standing in front of the kiosk. Ultimately, Estrada said, the goal is to extend that face recognition technology to the boarding process, but that next step will require regulatory authority approval. At that point, however, passengers should also be able to purchase a seat upgrade at the gate.

“It will be super-convenient and super-easy for passengers to use,” Estrada said. “I feel that if we do this in the right way, it will grow and grow.”