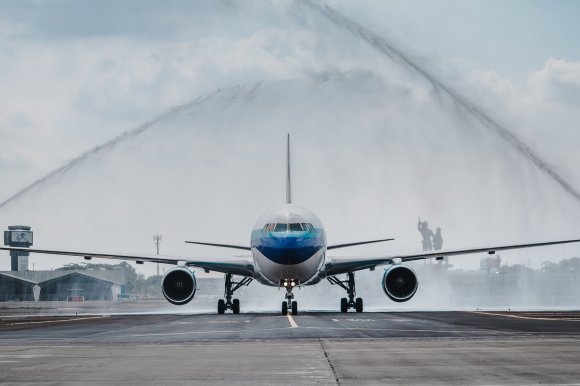 The new Eastern Airlines, the startup using the brand name of the former US major carrier that failed in 1991, will be “very deliberate and slow” in its growth, CEO Steve Harfst said.

Speaking at Routes Americas 2020 in Indianapolis, Harfst said the carrier—which launched service in January with a single weekly flight between New York JFK and Guayaquil, Ecuador—is “looking at new markets all the time” but “purposely” will expand slowly. The airline, which operates Boeing 767s, will add a second weekly frequency on the JFK-Guayaquil route in March as well as launch 2X-weekly JFK-Georgetown, Guyana flights.

There are no further routes planned at this time. Eastern’s website lists Jinan, China, as a potential market, but there is no timeline for launching service to China. The airline is aiming to operate to what it deems are underserved international markets.

Harfst said he would like to launch transatlantic routes—“I think more airlines should go across the Atlantic”—but believes the market is nearly impossible for a new entrant to break into. “In the transatlantic market, because it’s so dominated by the big carriers, the opportunity for a smaller airline is very, very difficult,” he said.

In general, Harfst noted, it is a challenge to launch international markets—particularly on routes already well-served. “One of barriers in the international space is it’s a long lead time to get regulatory approval and your application is publicly known, so a competitor can react,” he said.