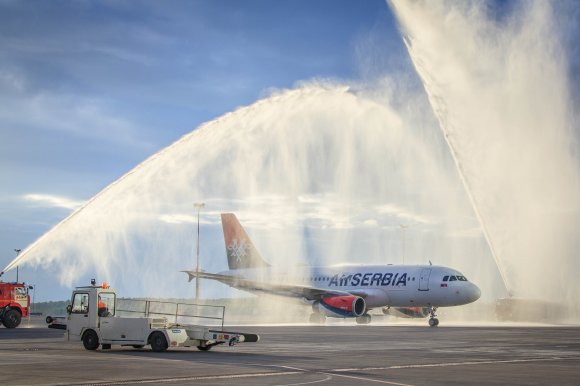 Air Serbia is adding six new routes in Europe and the Middle East to its network.

“We continue the successful year in which we achieved a record number of passengers carried, but which also saw a great expansion of the network and the launch of operations from two other airports in Serbia,” CEO Duncan Naysmith said. “In addition to expanding the reach of the international network, we continue to improve the quality of service based on new trends in the airline industry, as well as the opinions of our passengers.”

In 2019, Air Serbia opened 10 new routes from Belgrade and 12 from Serbia’s third-largest city Nis, as well as direct flights between Kraljevo, in central Serbia, and Vienna. Along with adding flights to six new destinations from Belgrade, the airline will establish a seasonal route between Morava Airport in Ladevci, Serbia and Thessaloniki, Greece in spring this year.

According to data from OAG Schedules Analyser, Air Serbia offered 3.51 million seats in 2019, up from 3.25 million a year earlier.

In 2019 the carrier also signed a new codeshare agreement with Finnair, increasing the total number of codeshare partnerships to 14 and expanding its virtual codeshare network to 94 destinations.