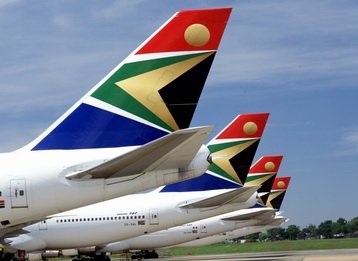 On Feb. 6, SAA’s BRPs announced plans to cut routes to conserve cash. The changes include the suspension of all domestic flights, apart from Cape Town, which will operate at a reduced frequency. However, SAA’s unions have struck back, saying they were not consulted and that the rationale for the route cuts is unclear.

Speaking to CNBC Africa on Feb. 7, SAA’s president Cyril Ramaphosa also voiced reservations about the BRP process: “We are not in agreement with what the rescue practitioners have come up with—that domestic flights will be cancelled. We want to find out what the rationale is and we want to have a discussion with them.”

South Africa’s Department of Public Enterprises (DPE) issued a similar statement, saying that it was “concerned” that the BRP’s announcement had caused “customer and market uncertainty that may jeopardize the long-term future of the airline.”

“Government will be making representations to the BRPs in order to balance the necessity for trimming unprofitable routes with the need to ensure the future sustainability of both the airline and South Africa’s aviation industry,” the DPE said.

“This will necessitate a review of the BRP’s recent announcement. Our submission will include a proposal that the route-network changes announced by the BRP be reviewed to ensure the sustainability of the airline.”