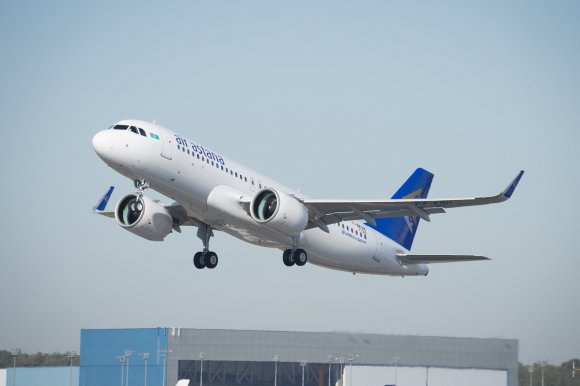 Bamboo Airways, the Vietnamese full-service carrier which began operations a year ago, has opened reservations for its first European route. The airline has secured a flight permit from the Civil Aviation Authority of Vietnam to operate a nonstop service between Hanoi and Prague, the capital of the Czech Republic.

Flights will begin on Mar. 29 on board a 294-seater Boeing 787-9 Dreamliner, initially operating 2X-weekly but with scope to increase the number of frequencies depending on passenger demand. About 70,000 Vietnamese people live in the Czech Republic. The expected flight durations are 11 hours and 20 minutes for the Hanoi-Prague leg and 10 hours and 20 minutes on the return.

The launch of the Hanoi-Prague route comes almost a year after a senior delegation from Vietnam, including representatives of Bamboo Airways, signed a Memorandum of Understanding with Prague International Airport to explore the potential for a route. The Czech transport ministry also backed the plan.

Kazakhstan’s flag carrier Air Astana plans to launch service to its second destination in India this summer, with flights between Almaty and Mumbai. Starting on June 1, the airline will operate the route 4X-weekly using Airbus A320 with a sector time of 4.5 hours in each direction.

Air Astana is the only operator of nonstop flights between Kazakhstan and India, having served Delhi from Almaty since 2004. According to data from OAG Schedules Analyser (for the w/c Feb. 10), the airline offers 14X-weekly Almaty-Delhi services on board A320. In July 2017 it also began flights to Delhi from Kazakhstan’s capital Nur-Sultan, the host of Routes Silk Road 2019, but ended service in April 2019.

Figures from Sabre Market Intelligence show steady growth in the number of passengers travelling between Kazakhstan and India in recent years. There were 71,478 two-way passengers in 2018, a rise of about 83% compared with five years earlier.

Air Senegal is adding a fourth destination in Europe during the summer 2020 season, as well as expanding frequencies on an existing route. From June 18 the carrier will begin flying between Senegal’s capital Dakar and Geneva, becoming the only direct service between the West African country and Switzerland. The route will operate 3X-weekly using Airbus A321s.

In September, Air Senegal is also increasing the number of Dakar-Barcelona-Marseille-Dakar flights from three to four per week. The route launched in Dec. 19, 2019 on board A330-900neo aircraft.

Air Senegal’s fleet currently consists of two A319s, one A330-900neo and two ATR 72-600s, with a further eight A220-300s on order. It therefore plans to lease two A321s ahead of the summer season to accommodate its latest European route. In addition to Geneva, it is understood that the airline is considering a 6X-weekly service to London Gatwick.

According to preliminary data from Sabre, Switzerland was the fifth largest O&D market from Senegal in 2019. France is the largest, with 311,765 one-way passengers, followed by Italy, Spain and Belgium. In addition to its Dakar-Barcelona-Marseille-Dakar route, Air Senegal also flies daily to Paris Charles de Gaulle.