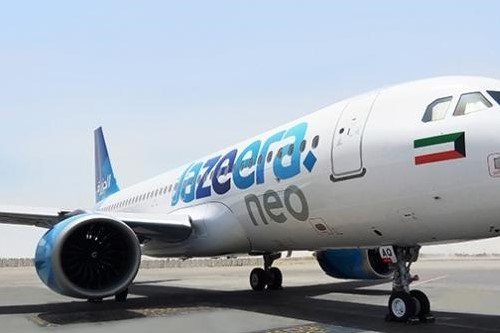 Kuwait-based LCC Jazeera Airways said it is considering expansion in the European market using the Airbus A320neo, which has a 6.5-hour flight radius.

Jazeera has three A320neos in its current fleet and expects to take delivery of five more in 2020. The carrier currently serves London Gatwick. It also operates a number of routes to and from Turkey.

The consideration of more European flights comes as the airline plans to start other new services this year. Routes to Chittagong and Dhaka in Bangladesh, Qassim and Hail in Saudi Arabia, and Sharjah in the UAE are all planned for 2020.

Jazeera’s thinking on network planning was revealed as the airline released its 2019 financial results. Jazeera recorded 2.4 million passengers for 2019, a 20.6% cent increase on the previous year.

“Our airline continues to grow and expand its footprint in the Middle East, Europe and Asia, while our Jazeera Terminal T5 [Kuwait International Airport], which is the only example of an airline-owned terminal in the region, significantly contributed to the strong results,” Jazeera Airways chairman Marwan Boodai said.