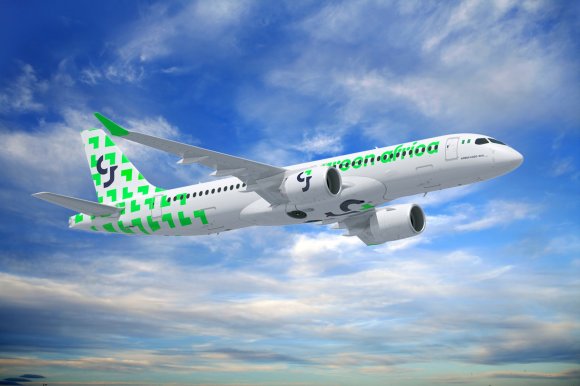 Nigerian startup Green Africa Airways has signed an MoU for 50 Airbus A220-300 aircraft, which the airline said will enable it to launch services.

The planned LCC will initially develop the Nigerian domestic market, then expand throughout Africa. Nigeria has been without a national carrier for some years. In July 2018 the Nigerian government announced plans for a new flag-carrier, only to abandon the plans a few months later.

If firmed up, the order would be one of the largest orders placed for the A220-300 and certainly the largest from a carrier in Africa.

“The unique characteristics of the A220 will allow the airline to unlock destinations and route pairs that previously would have been considered non-viable,” Airbus CCO Christian Scherer said.

The Lagos-based startup has been preparing to launch for some time. In Dec. 2018 the company announced a firm order for 50 Boeing 737 MAX aircraft, plus 50 options. The status of that order remains unclear in the light of Boeing’s ongoing issues with the MAX, which remains grounded globally.