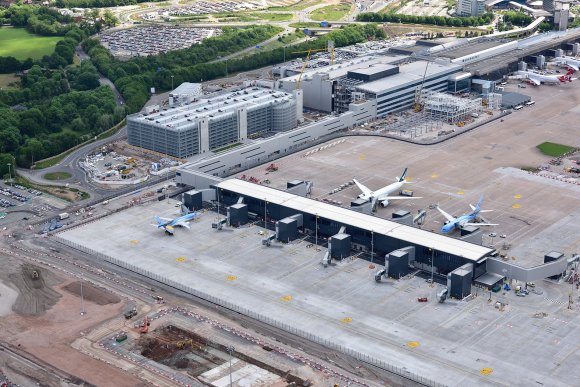 United Airlines is waiting for price stabilization in the New York-Manchester market before deciding whether to further upgauge service following the demise of British charter airline Thomas Cook.

That’s according to Bob Schumacher, managing director of sales for the UK and Ireland, who was speaking at an event hosted by the Greater Manchester Chamber of Commerce to celebrate the 25th anniversary of United’s service between New York and Manchester.

According to data from OAG Schedules Analyser, during the peak 2020 summer season, weekly capacity between New York and Manchester will be about 9,400 available two-way seats, down by about 34% on a year earlier.

“For Thomas Cook, we saw pricing that we knew was well below cost,” Schumacher said. “While it was running typically during the high leisure season—and surprising the price a little, sometimes a lot—we knew we could ride through it because of a strong business cabin.

“What we’re now waiting to see in this market, particularly in the back of the cabin, is price stabilization, and that is beginning to happen.”

Schumacher said United would “watch the situation closely.” He added that the airline would also like to connect Manchester to some of its other hubs in the US, but it must be “right time, right place, right market demand and right equipment availability.”

Schumacher explained that United remains confident that its product mix will ensure its transatlantic routes between the US and UK continue to operate profitably, despite growing competition.

JetBlue plans to launch flights from New York and Boston to London in 2021, while Virgin Atlantic, American Airlines and Delta Air Lines have responded with increased transatlantic capacity and new routes.

Norwegian also intends to form an interline agreement with JetBlue, enabling a single booking for connecting flights between the US and Europe.

“In the case of LCCs, you can’t start flying airplanes for seven or eight hours in each direction for £200 return. It doesn't work,” Schumacher said.

“At some point the comeuppance will happen. We’ll be watching the LCCs change—they have to—to make sensible economics out of it. But we will continue to be competitive and attract all areas of the marketplace.”