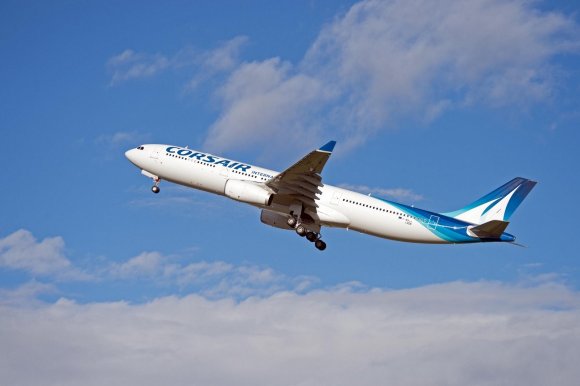 French airline Corsair is banking on a product mix to help make its new US routes a success.

That’s according to Julien Houdebine, director of revenue management, pricing and alliances at the carrier, which is now majority-owned by German turnaround investor Intro Aviation.

Corsair has traditionally flown to holiday destinations in Africa, the Indian Ocean and the Caribbean. However, last September it reopened a route between its Paris Orly base and Miami after a six-year hiatus and extended its seasonal Montreal service to year-round.

In September it will begin A330-900 flights between Paris and New York, the biggest intercontinental city pair by seats from continental Europe.

“The North American market has huge potential which fits perfectly [with] our expansion strategy,” Houdebine said. “The demand in front cabins is especially strong and Corsair, as a full-service carrier with a complete three-class product, is able to properly serve this market.

“Only low-cost carriers are offering an alternative to the legacy carriers which mainly control the market, but they are not able to propose an alternative for business and their offer in economy and premium is not qualitative.”

Despite this confidence, given the recent insolvency of XL Airways France—which flew daily between Paris and New York—how wary should Corsair be about entering such a competitive space?

“Opening new routes is always risky,” Houdebine said. “For Corsair, the main challenges will be to build a brand image in the US market where we are not known yet. As we are planning to develop our network in North America, operating on Paris-New York is the masterpiece.

“It is the right moment for us to develop our network in North America because our fleet is growing,” Houdebine said. “We will grow to 13 aircraft by summer 2023. We are also growing the front cabin size from 12 business and 12 premium to 20 business and 21 premium seats.”