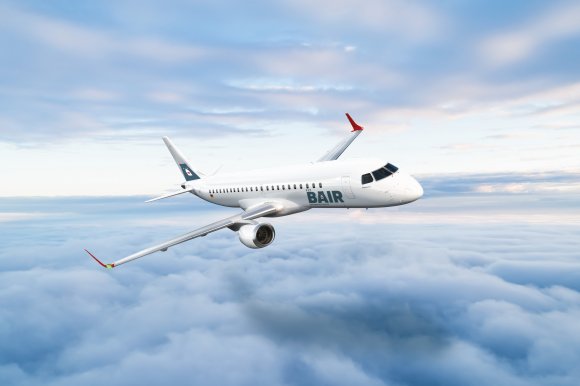 Switzerland-based virtual carrier flyBAIR will launch service to four destinations from May after signing an agreement with Helvetic Airways.

The airline plans to connect Bern with Palma de Mallorca from May 2; Menorca from May 10; Olbia, Sardinia from May 12; and Jerez, Spain from May 18. Service to Palma will be 3X-weekly while Olbia will be 2X-weekly and Menorca and Jerez will be weekly.

FlyBAIR expects to add four destinations in Greece—Crete, Kos, Preveza and Rhodes—to its summer schedule although details of the flights have not been announced yet. The startup will also begin service to Palma from Sion, Switzerland.

FlyBAIR had previously agreed a deal with German Airways to operate its flights, but said it was forced to look elsewhere after the Cologne-based charter and wet lease aircraft operator was unable to fulfil the terms of the contract.

Plans to launch flyBAIR were announced in October 2019 and a crowdfunding campaign had raised CHF1 million ($1.02 million) just one month later. The airline has now secured a total of CHF1.63 million ($1.66 million) from almost 1,400 shareholders.

Bern Airport, the largest investor with a 15.3% stake, is driving the project following the failure of SkyWork in August 2018. SkyWork was Bern Airport’s largest carrier prior to its bankruptcy, accounting for more than 80% of traffic.