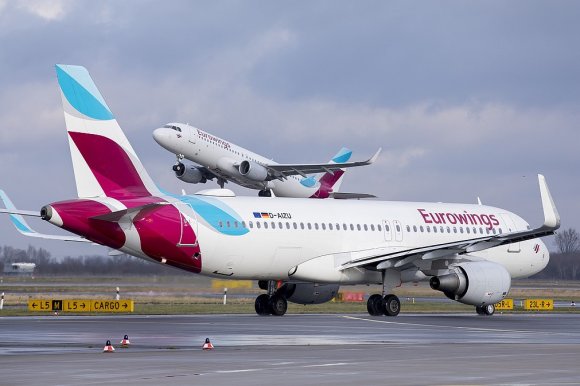 Lufthansa’s low-cost subsidiary Eurowings is adding a new destination in Poland to its network during the summer season. The carrier has opened reservations for a seasonal Cologne-Lublin route, scheduled to operate 2X-weekly on Wednesday and Sunday using Germanwings Airbus A319 aircraft. Flights will begin on June 10 and run until Oct. 21.

Cologne-Lublin becomes only the fifth route between Germany and Poland in Eurowings’ network. The airline operates three from Dusseldorf International—to Krakow, Gdansk and Wroclaw—and a fourth from Stuttgart to Krakow.

Lublin, a city in east Poland, has been without a direct connection to Germany since the demise of BMI Regional. The UK carrier, which ceased operations in February 2019, previously flew between Lublin and Munich using Embraer RJ135. Cologne, meanwhile, is linked to four points in Poland—Gdansk, Katowice, Nowy Dwor and Szczytno—all of which are served by LCCs.

There is no O&D traffic between Cologne and Lublin but Eurowings will be expecting to stimulate the market with its lower fares. It will be interesting to see if the launch of the route will lead to additional services between Germany and Poland.

EGYPTAIR is further expanding its presence in the UK market with the launch of scheduled service between Sharm el-Sheikh and London Gatwick. From Feb. 29, the Star Alliance carrier will operate the route weekly using Boeing 737-800. As reported by Airlineroute, it previously operated a Sharm el-Sheikh-London Heathrow route until October 2012.

EGYPTAIR currently serves two destinations from Heathrow, flying 2X-daily from Cairo and 1X-weekly from Luxor. The airline will become the second to serve the London-Sharm el-Sheikh market during the summer 2020 season, alongside TUI Airways. TUI relaunched flights from Gatwick to Sharm el-Sheikh on Feb. 16, initially 2X-weekly before rising to 3X-weekly from May 3.

UK carriers were cleared to resume flights between the UK and Sharm el-Sheikh in October 2019 after the British government lifted its long-standing restrictions on air travel to the Red Sea resort. Commercial flights to the Egyptian destination were halted in November 2015 shortly after Metrojet Flight 9268 that had departed from Sharm el-Sheikh was brought down.

According to OAG Schedules Analyser, five carriers offered service between the UK and Sharm el-Sheikh during the summer 2015 season: British Airways; easyJet; Monarch Airlines; Thomas Cook Airlines; and Thomson Airways. London Gatwick had a 31.1% capacity share of available departure seats from the UK to Sharm el-Sheikh during summer 2015, followed by Manchester with a 22.9% share and Birmingham with 11.9%.

AirAsia X is launching a new service to India from April 29, connecting its home hub in Kuala Lumpur with Ahmedabad, the city in western India that is currently preparing to host US President Donald Trump. The route will operate 4X-weekly using Airbus A330-300, becoming the first nonstop service to link Ahmedabad with Malaysia.

It is hoped the flights will improve the trade and tourism flow between Malaysia and the western Indian state of Gujarat, which has a population of 62 million. The planned launch follows an announcement by the Indian government late last year that it would reduce electronic tourist visa fees from $100 (one-year multiple-entry tourist e-visa) to $10 (30-day tourist e-visa for April to June) or $25 (for July to March) for all eligible Malaysians. This lowered the minimum visa cost for Malaysian tourists by 90%.