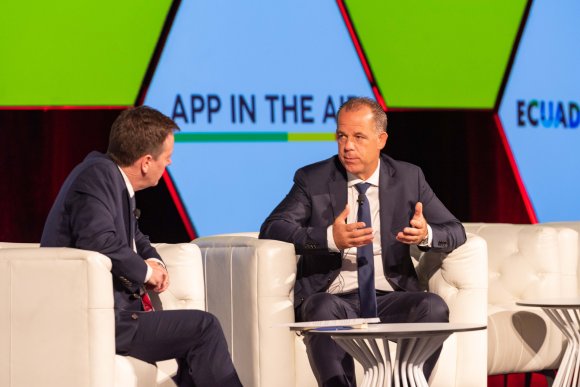 Scandinavia will become a key focus for hybrid airline airBaltic if it goes ahead with plans to buy 30 more A220-300s, according to CEO Martin Gauss.

Speaking to Routes, he said the airline would open four bases in the region at airports already served should it convert its existing aircraft options into a firm order.

“If we exercise the options—and the basis for that is if we successfully execute our current business plan—then we want to place these aircraft in Scandinavia at four different airports and then serve point-to-point routes from them,” Gauss said.

“These aircraft would not fly into the Baltic system as we have today, but we would still offer the same airBaltic product.”

AirBaltic already has 22 A220-300s in its fleet, with a further 28 on order that will be delivered by the end of 2022. All 28 will be stationed in the Baltics, but the airline will look to airports further afield if it opts to expand.

The carrier has options for an additional 30 A220-300s as part of a purchase agreement signed on May 28, 2018. Gauss said a decision on ordering these aircraft is not expected until the end of 2021.

The Latvian flag carrier reported a record year in 2019. It carried 5.05 million passengers—a 22% increase on the previous 12 months—and opened new routes from Estonia’s capital Tallinn to Brussels, Copenhagen and Malaga, as well as from its main hub in Riga to Mediterranean islands Kos and Menorca among other routes.

This year it has already unveiled plans to launch 14 routes, including four new direct destinations from Tallinn and five from Vilnius, Lithuania.

According to OAG Schedules Analyser, the airline will operate 12 routes to destinations in Scandinavia during the summer 2020 season. From Riga, airBaltic will fly to Bergen and Oslo in Norway; Billund and Copenhagen in Denmark; and Gothenburg and Stockholm in Sweden. Tallinn is connected nonstop to Copenhagen, Oslo and Stockholm, while airBaltic also serves Gothenburg from Vilnius.