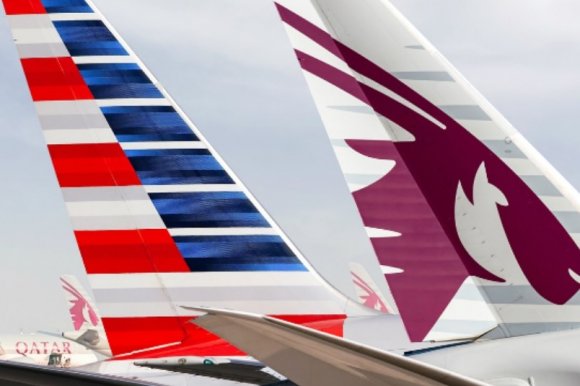 American Airlines spent years accusing Qatar Airways of engaging in “illegal” practices that threatened the US airline industry, causing the two oneworld members to very publicly butt heads. But the carriers have now agreed to stand down to create a “strategic partnership” that will include extensive codesharing.

Neither the Obama administration nor the Trump administration were willing to tear up the bilateral Open Skies agreement between the US and Qatar, leaving American with little choice but to cooperate with Qatar Airways.

“The issues that led to the suspension of our partnership two years ago have been addressed, and we believe resuming our codeshare agreement will allow us to provide service to markets that our customers, team members and shareholders value, including new growth opportunities for American Airlines,” American CEO Doug Parker said. “We look forward to the renewed cooperation between our airlines and hope to build an even stronger relationship with Qatar Airways over time.”

“We have moved on from past issues and look forward to working closely with American Airlines to build a world-leading partnership for all our customers. This agreement will harness our complementary strengths and resources and enable more customers to experience Qatar Airways’ award-winning product quality.”

American said the two airlines are exploring the addition of service from the United States to Doha and discussing new ways to further their partnership through expanded commercial cooperation that will enable long-haul growth for both airlines.

“As we look to build out a truly global network and create a strong presence in Africa, the Middle East and Asia, the renewed codeshare with Qatar Airways will be one of the cornerstones of making that a reality,” American senior VP of network strategy Vasu Raja said.