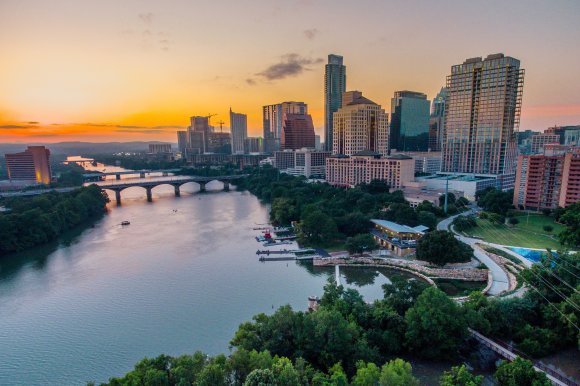 Ultra-LCC Spirit Airlines’ newly announced expansion at Austin, Texas is a “natural fit” for the carrier’s 2020 route strategy of connecting existing points within its network, VP of network strategy John Kirby said in an interview.

“We like to look for markets that are either under-scheduled, have limited capacity or are over-fared,” Kirby said. “Austin had high prices in the marketplace, and we saw an opportunity to stimulate demand for destination-to-destination travel.

“It’s really a natural part of our growth strategy, building on our established markets like the Fort Lauderdales and Orlandos, as well as Los Angeles, Las Vegas and Baltimore—our gateway to Washington, DC.”

The South Florida-based ULCC on Feb. 26 commenced operations from Austin-Bergstrom International Airport to Cancun, while announcing new daily routes from Austin to Nashville, Tennessee and Newark, New Jersey. The new route announcements came on the one-year anniversary of its introduction of service to the Texas capital.

“Cancun speaks for itself as a leisure destination,” Kirby said. “Newark is a gateway to New York City—one of the largest leisure destinations—and also replacing some of the service that went away when Southwest exited Newark; and we thought Austin-Nashville would be a great opportunity to connect two great music cities.”

Spirit is guiding for system-wide capacity growth of between 17%-19% this year, with just 15% of that growth targeted to occur in new cities, down from 32% in 2019. The carrier entered nine new cities last year and seven in 2018.