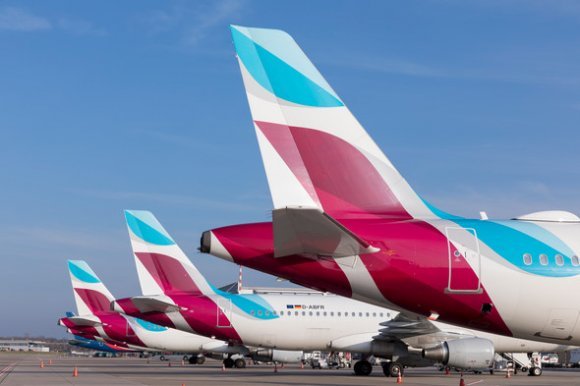 Lufthansa’s low-cost subsidiary Eurowings will fly from Frankfurt to Calgary four times a week this summer on Mondays, Wednesdays, Fridays and Saturdays. The service will start June 1 and continue until Oct. 5 with flights then dropping to 3X-weekly until Oct. 24. The route will be operated with an Airbus A330-200, which Lufthansa said will have 22 business class seats, 17 premium economy seats and 231 economy class seats. Eurowings’ seating plan for its A330-200s currently only shows a two-class configuration.

The addition of Calgary means the Lufthansa Group will serve five Canadian gateways from Frankfurt, offering about 17,000 two-way weekly seats between Canada and Germany’s largest hub during the peak summer season. The group currently serves Montreal, Toronto and Vancouver, while a new 5X-weekly route serving Ottawa starts on May 16.

Calgary, located in the southwest of Canada, is a popular tourist destination and a good starting point for exploring the province of Alberta and the renowned Banff and Jasper National Parks in the Rocky Mountains. Eurowings will become the second Lufthansa Group airline to serve Calgary as its Swiss subsidiary Edelweiss Air already offers seasonal flights from Zurich.

Frankfurt-Calgary is already served by two carriers: Lufthansa’s Star Alliance partner Air Canada, which offers year-round daily service, and Condor, which operates a summer seasonal route. According to preliminary data from Sabre Market Intelligence, O&D traffic between the two cities totalled 45,417 two-way passengers during 2019, a 3.6% rise on the previous 12 months.  Frankfurt-Calgary was previously served by Lufthansa’s mainline aircraft until April 2012.

Next month Alitalia will end service between Rome and Santiago, Chile, a route it launched in May 2016. The airline has been operating 5X-weekly flights using Boeing 777-200ER aircraft, offering 2,930 weekly two-way seats. However, as reported by Airlineroute, reservations have been closed from March 30.

Santiago is one of two long-haul routes Alitalia is cutting from its network. The carrier—under extraordinary administration since May 2017—will also end its 4X-weekly flights between Rome and Seoul Incheon.

According to Italian publication Corriere, both routes are heavily loss-making. Their suspension, along with the redeployment of aircraft elsewhere on the network, will allow the airline to phase out its single Boeing 777-200ER and two of its Airbus A330s.

Frontier Airlines is further expanding its presence from Southern California's Ontario International Airport with the launch of a service to Seattle. Flights will be 3X-weekly on Tuesday, Thursday and Sunday on board Airbus A320 aircraft equipped with 186 seats. The airline will compete directly with Alaska Airlines with the future oneworld member already providing a 3X-daily service.

Frontier’s Ontario-Seattle route—which begins on June 2—is the sixth from Ontario that the LCC is adding to its network this year. The budget operator previously announced plans for new nonstop domestic service to Las Vegas, Newark and Miami beginning in April. Frontier is also adding international routes to San Salvador, El Salvador in May and Guatemala City, Guatemala in June. It currently operates from Terminal 2 at ONT with flights to Austin, Denver, Orlando and San Antonio.

Figures provided by OAG Schedules Analyser show that during the 2020 summer season, Frontier will have a 7% share of departure seats from ONT, up from 4.3% in summer 2019. The LCC launched its inaugural service out of Ontario—a stronghold for Southwest Airlines—in October 2017 with flights to Austin.