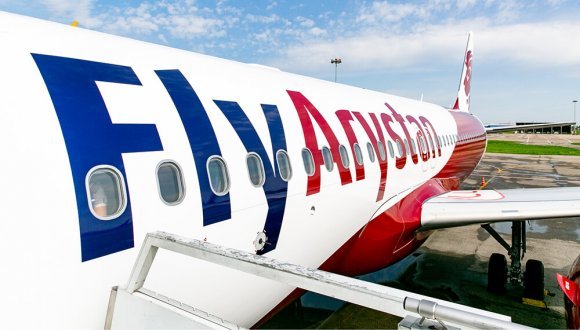 Air Astana’s low-cost subsidiary FlyArystan is launching eight routes from its new base at Sary-Arka Airport (KGF) in Karaganda, Kazakhstan.

The new KGF routes are to Aktau (SCO), Aktobe (AKX), Atyrau (GUW), Kostanay (KSN), Kyzylorda (KZO), Semey (PLX) and Shymkent (CIT)—all in Kazakhstan—as well as Moscow Zhukovsky (ZIA). All eight will be 2X-weekly, apart from KGF-CIT which will be served 4X-weekly.

The routes join the existing Karaganda service to Almaty (ALA) that was started in May 2019 when FlyArystan launched.

“The Karaganda region is one of the largest industrial regions of the country, with a modern infrastructure, convenient geographical location and a promising future, the development of which is impossible without air transport,” FlyArystan MD Tim Jordan said.

FlyArystan began operations with two aircraft based in Almaty. Two additional aircraft were added to the fleet in the fourth quarter of 2019, based in Nur-Sultan. A third aircraft will join the LCC’s base in Almaty this month, while one aircraft will be stationed in Karaganda.

In less than 10 months of operations, FlyArystan said it has sold approximately 1.2 million seats and carried more than 950,000 passengers with a load factor of 93%.