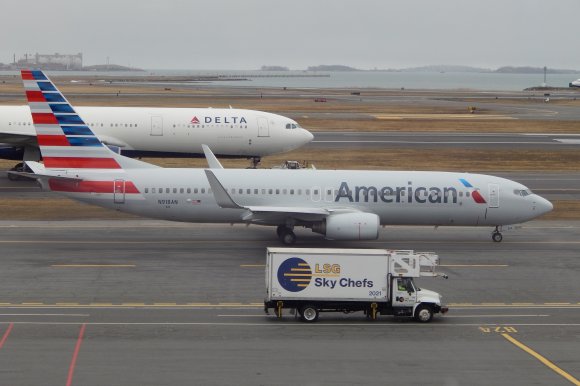 The decision by both carriers came after the US State Department raised its travel advisory for Italy’s Northern Lombardy and Veneto regions to Level 4—the most severe risk level—after more than 2,000 people were found to be infected with coronavirus. The rest of Italy has been designated as Level 3 with travelers advised to “reconsider” their trips to the country.

American was the first North American airline to suspend its Milan operations, announcing on Feb. 29 the suspension of daily service between New York JFK (JFK) and Milan’s Malpensa Airport (MXP) until April 25.

Delta followed on March 2, suspending JFK-MXP service until May 1. The SkyTeam member operated its last outbound flight from JFK on March 2 and last return flight from MXP on March 3.

Atlanta-based Delta’s seasonal summer service between JFK and Venice will also be pushed back until May 1 from the previously scheduled April 1 start date. The other two North American carriers that operate to MXP—Air Canada and United Airlines—have yet to announce service reductions.

In addition to suspending all operations to China and Hong Kong in February, United recently suspended all flying to Seoul Incheon Airport (ICN), cancelled several routes to Tokyo Narita (NRT) and reduced capacity on a host of other frequencies to Japan, Singapore and Taiwan.

Delta and Hawaiian Airlines have also reduced capacity to Seoul over COVID-19 concerns, while American and Air Canada have not yet made any modifications to their scheduled Seoul service.