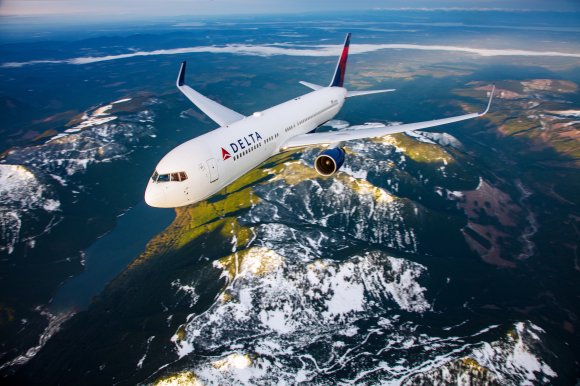 Atlanta-based Delta Air Lines has unveiled expansion plans from its West Coast hub at Seattle-Tacoma International Airport (SEA), including the intention to launch a route to London Heathrow (LHR) in 2021.

The proposed growth comes less than a month after Seattle-based Alaska Airlines and American Airlines deepened ties to form a “West Coast international alliance,” with American set to open new routes from SEA to Bangalore (BLR) in India and LHR.

From June 8, Delta will introduce 3X-daily service from Seattle to Dallas/Fort Worth (DFW)—American’s home hub—and daily service to Columbus (CMH), Ohio. Both routes will be served using Airbus A220s.

The SkyTeam member will also add second daily flights to both Austin (AUS) and Orlando (MCO), using A220 and Boeing 737-900 aircraft respectively.

The new and expanded routes come in addition to the previously announced introduction of Tampa (TPA) service from SEA this March, as well as second daily flights to both Kansas City (MCI) and Washington-Dulles (IAD) this summer.

In total, Delta will offer 190 daily departures to 56 destinations from SEA during the summer 2020 season. DFW marks Delta’s second Texas destination from the airport, building on the AUS service launched in 2017.

As well as the domestic expansion, Delta plans to launch nonstop service to LHR in 2021. The London airport will become Delta’s tenth international destination from SEA and is in direct response to American’s intention to begin daily SEA-LHR service in 2021.

According to data from OAG Schedules Analyser, Delta offered 7.24 million available departure seats from SEA in 2019, a year-on-year rise of almost 9%. The figure meant the airline was the second largest carrier to operate out of the airport, with a 24% capacity share of seats, behind Alaska on 49.8%.