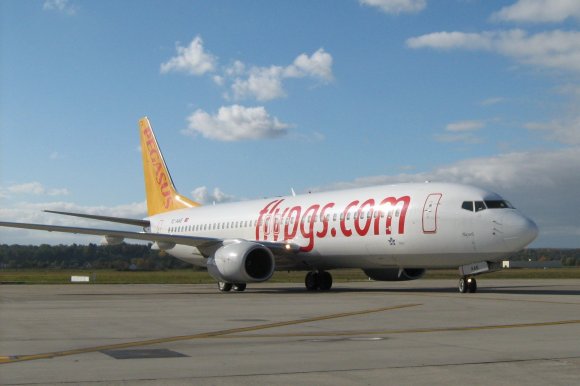 Turkish LCC Pegasus Airlines is adding more capacity into Israel from late-June with the launch of flights between Izmir Adnan Menderes (ADB) and Tel Aviv’s Ben Gurion Airport (TLV). Flights will operate three times per week on board Airbus A320, injecting 1,080 two-way weekly seats into the market.

ADB-TLV becomes the fourth service Pegasus will operate between Turkey and Israel during the summer season, adding to flights from Istanbul Sabiha Gokcen (SAW), Dalaman (DLM) and Antalya (AYT) to TLV.

The new route is currently unserved although Turkish Airlines, the biggest foreign carrier in Israel, provided seasonal service between Izmir and Tel Aviv from May to September 2019, offering 4X-weekly flights during the peak summer period.

With a total population of nearly 4 million, Izmir–often called the Pearl of the Aegean–is Turkey’s third-largest city after Istanbul and Ankara.

Pegasus will be targeting the inbound leisure market, attracting Israeli holidaymakers to the destination on Turkey’s Aegean coast for whom prices can be cheaper than domestic holiday locations like Eilat. The closure of Tel Aviv’s Sde Dov Airport (SDV) has taken Tel Aviv-Eilat capacity out of the market, therefore forcing prices higher and leading many Israelis to look elsewhere for their leisure break.

Viva Air Colombia plans to launch Cartagena-Miami (CTG-MIA) service this summer season. The route will be the carrier’s first from Colombia’s third-largest city to the US. OAG Schedules Analyser data shows the LCC will operate daily service during the peak summer season using a 180-seater Airbus A320-200. Flights will start on May 22.

The planned launch of Viva’s new US route comes in response to Avianca’s decision to cancel its CTG-MIA service. Avianca will suspend its daily flights later this month, stating the route is not profitable. Viva already flies into Miami from Medellin Jose Maria Cordova, a route started in July 2018.

Cartagena’s Rafael Núñez International Airport is the third busiest in Colombia, handling more than 5.7 million passengers per year. The city is also the country’s main cruise port and a growing tourist destination. About 89% of visitors to Cartagena are there for leisure.

Delta’s return to the SEA-DFW market comes just weeks after American and Alaska joined forces to form a “West Coast international alliance” that includes international codesharing, reciprocal loyalty program benefits and Alaska’s entry into oneworld. As part of the plans, DFW-based American will open routes from SEA to Bangalore (BLR) and LHR.