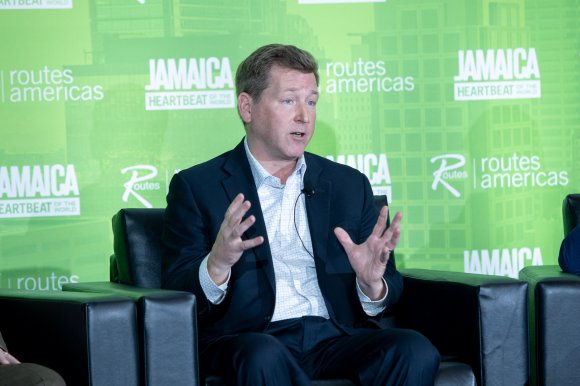 The US Department for Transportation (DOT) has granted Miami-based Eastern Airlines scheduled international passenger traffic rights to serve all countries with which the US has an Open Skies agreement.

The approval, effective until March 2022, also covers countries with a Multilateral Agreement on the Liberalization of International Air Transportation (MALIAT) and applies to any future agreements that the US may strike.

According to the DOT, the US has Open Skies agreements with 123 countries around the world, while eight nations are in the MALIAT agreement.

Now led by CEO and president Steve Harfst (pictured), the carrier’s strategy is to operate Boeing 767-300s on long-haul routes to secondary markets. The airline took to the skies again in January 2020 with flights between New York John F Kennedy (JFK) and the Ecuadorian city of Guayaquil (GYE).

According to OAG Schedules Analyser, Eastern will begin service from JFK to Cheddi Jagan International Airport (GEO) in Georgetown, Guyana on March 19. Flights will operate 2X-weekly. In addition, in January 2020 the DOT granted the carrier rights for scheduled services between the US and Mexico.

Speaking at Routes Americas 2020 in Indianapolis, Harfst said Eastern is evaluating other large markets in the Caribbean and South America.

“There are still a lot of markets that don’t have nonstop service today and, in today’s millennial environment that’s focused on travel, there’s a lot of opportunity for carriers with the right structure to meet that demand,” Harfst said.

Harfst added that Eastern has a very low cost structure and therefore can offer the right fares for the market.

“We're not out to compete against legacy airlines that have first class and business class cabins and live flat seats,” he explained. “We're not after those types of consumers. We believe that as the next generation seeks travel options, our low fares are going to compel them to fly with us.

“The 767 has a lot of belly capacity as well so we also think we’ll be able to generate ancillary revenue below the deck.”