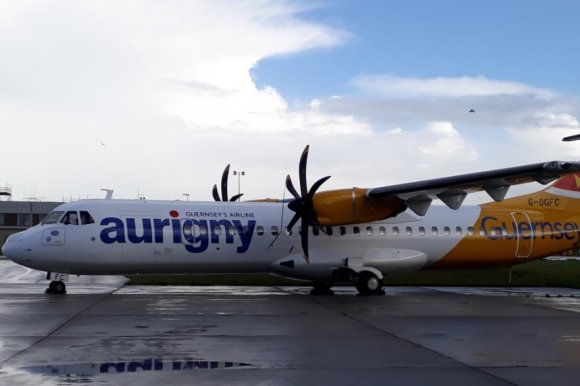 Aurigny will begin service between Guernsey (GCI) in the Channel Islands and Birmingham (BHX) on March 11, taking over a route previously operated by Flybe. The airline will also begin flights between GCI and Exeter (EXT) a day later.

The BHX flights to the island will exclude Tuesdays and Thursdays, while the EXT route will not run on Tuesdays, Wednesdays or Saturdays.

“We believe that maintaining Guernsey’s connectivity is key and with the collapse of Flybe it is an unmissable opportunity for Aurigny to provide a valuable customer service while at the same time increasing our operation and improving our financial position,” Aurigny CEO Mark Darby said.

“Given that we are able to do this with no increase in fixed costs and with aircraft, crew and a user-friendly booking system immediately available to us we hope that this will alleviate some travel concerns.”

Aurigny is the latest carrier to pick up routes previously operated by Flybe.

Scottish airline Loganair has taken over 16 routes within the UK, including launching daily service from Aberdeen International (ABZ) to Belfast City (BHD) and Manchester (MAN), and up to 3X-daily flights to BHX.

Eastern Airways has also announced plans to relaunch itself as an independent scheduled airline, taking over routes it formerly operated under a franchise agreement with Flybe. The privately-owned operator based at Humberside Airport (HUY) will sell its scheduled flights through its own website.

In addition, former Flybe franchise partner Blue Islands is taking over routes from Jersey (JER) to BHX and EXT from March 11.

Blue Islands CEO Rob Veron said: “As a locally owned and operated airline we are committed to serving the Channel Islands communities and we are delighted to be able to confirm these two new routes to maintain essential connectivity between Jersey and the UK. Our aim is to sustainably develop our route network and invest in our air links.”

In addition, Flybe was the second-largest provider of domestic capacity. There were 28.79 million domestic departure seats in the UK during 2019, of which the carrier offered 8.3 million, equating to 28.9%.