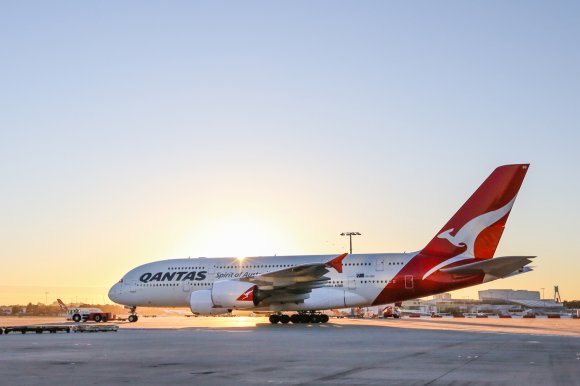 Qantas Group is extending its service reductions and cutting more routes in response to the demand drop following the COVID-19 coronavirus outbreak.

The Australian carrier’s international group capacity is now expected to be down 23% year-over-year for the next six months, significantly more than the 5% international cut it had previously announced in reaction to COVID-19.

The reason for the latest reduction is “a sudden and significant drop in forward travel demand,” Qantas said. The flag carrier is broadly reducing frequencies and downgauging rather than cutting routes entirely, although the carrier’s low-cost Jetstar subsidiary is suspending some routes. Qantas has also grounded 10 of its 12 Airbus A380 aircraft.

In one notable move, Qantas is temporarily changing its Sydney-Singapore-London route to stop in Perth (PER) rather than Changi (SIN) from April 20. That will give the airline a second Perth-London flight, which comes “in response to strong customer demand,” the carrier said.

The airline is extending cuts by six months “rather than taking a piecemeal approach” with a progressive series of reductions, Qantas Group CEO Alan Joyce said.

“This improves our ability to reduce costs as well as giving more certainty to the market, customers and our people,” Joyce said, adding that the carrier also has the flexibility to make further cuts or add capacity back sooner if necessary.