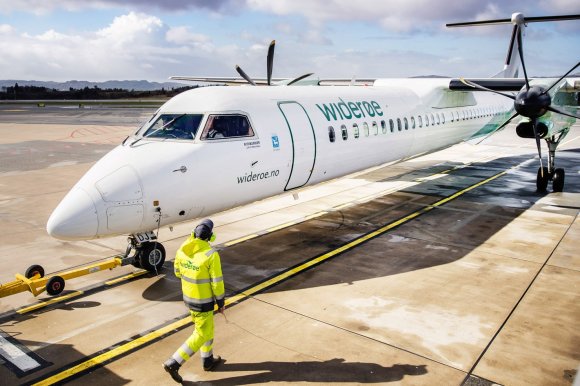 Widerøe is hoping to grow its international route network with more codeshare and interline partnerships, the Norwegian regional carrier’s CEO has told Routes.

Stein Nilsen, a keynote speaker at Routes Europe 2022, said that the mature domestic market means more opportunities for expansion will come outside Norway.

“The big challenge in Norway is that emission charges are sky high,” said Nilsen. “You can see from the disintegration of Flybe in the UK the impact passenger taxes have.

“We are really trying to strengthen our own network by commercial cooperation arrangements with other airlines. Interlining is the keyword here, but also codeshare.”

The carrier is planning to introduce E175-E2 e-jets in April 2022 and is “timing some small expansion then,” Nilsen said.

Nilsen is confident that Widerøe’s large volume of domestic traffic from smaller airports makes it an attractive proposition for hub carriers.

Agreements are already in place with airlines such as SAS and Norwegian, but Nilsen aims to pursue a “multi-partner strategy” rather than leaning “hard on one big partner” as it grows.

“It’s tough competition out there but we are trying to develop smaller traffic flows that previously have flown indirectly via hubs,” he said. “This is really key for us as a regional carrier, to develop the secondary traffic flows within and out of Norway.”]