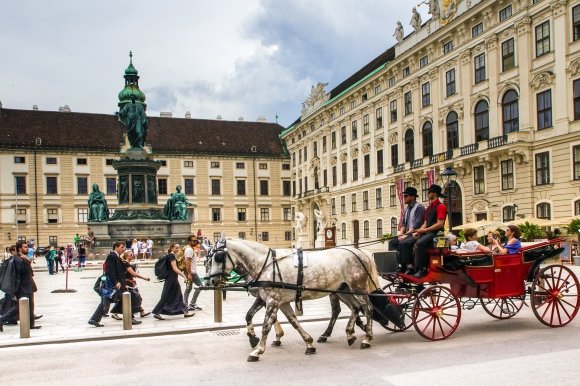 Etihad Airways is planning to launch a new service in May to Vienna (VIE) using a two-class Boeing 787-9 Dreamliner. The UAE flag carrier will start operating this route from its Abu Dhabi International (AUH) base with 4X-weekly flights between May 22 and June 30, and then daily from July 1 to Aug. 8. After that, the carrier will fly five times per week between Sept. 1 to Nov. 30, before resuming the daily service on Dec. 1.

Etihad’s two-class 787-9 aircraft is equipped with 290 seats, including 28 business class seats and 262 in economy.

Vienna will become the 22nd passenger destination in Etihad’s European network. According to preliminary data provided by Sabre Market Intelligence, the O&D market between Abu Dhabi and Vienna totalled 6,843 two-way passengers in 2019, a rise of 10.9% on the previous 12 months. The data shows the Austrian capital is the third-largest unserved market from Abu Dhabi, behind Berlin and Aberdeen, Scotland.

Outbound flights are scheduled to depart from AUH at 2.55am and arrive in VIE at 7.00am. The return leg will depart VIE at 11.45am and arrive back in AUH at 7.10pm. The airline said departures have been timed to arrive early morning in Vienna, and to connect in both directions via Abu Dhabi to gateways across the Etihad network.

“Austria is an important trade and tourism partner for the UAE and the new flights will enable us to take advantage of the increasing business and leisure demand between the two countries,” Etihad Aviation Group CCO Robin Kamark said.

“Trade between the UAE and Austria is strong and there are approximately 180 Austrian companies operating in the emirates. Tourism has been increasing in both directions with Austria becoming an increasingly popular year-round destination with UAE nationals and residents, attracted by the centuries old culture, breath-taking scenery and famous ski resorts.”

Leisure carrier Condor is introducing long-haul flights from Dusseldorf (DUS) in the upcoming winter season, linking the German city to Cancun (CUN) in Mexico every Tuesday and Saturday from Nov. 3. The route will supplement its existing long-haul services from Frankfurt (FRA) and Munich (MUC), while additional long-haul routes are also being planned from Dusseldorf.

Condor, which is stationing a Boeing 767 in DUS for the 2020/21 winter season, said the service to CUN was in response to market demand from both end customers and tour operators.

The announcement comes just weeks after TUI fly confirmed plans to station its first two Boeing 787-8 Dreamliners at DUS during the winter 2020/21 season, launching routes to the Dominican Republic and Mexico. It expects to begin flights from early-November, beginning service to Puerto Plata and Punta Cana, alongside Cancun.

Eastern Airways is expanding the number of routes it provides from Southampton Airport (SOU) to six with the announcement that it will reconnect the south coast of England to Belfast City (BHD). From March 23, the UK regional airline will provide up to seven flights a week from SOU to BHD, which was a former Flybe route.

Following the failure of Flybe, Eastern had already moved to fill the gap and start services from SOU to Manchester (MAN) and Newcastle (NCL), both initially at 11X-weekly. Eastern has also begun a new route from SOU to Teesside International (MME) in the north east of England, also with 11 flights a week.