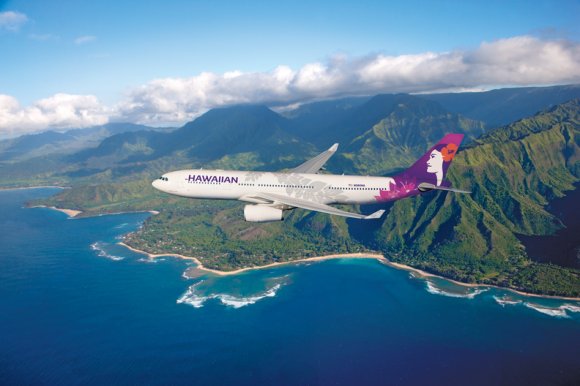 The US Department of Transportation (DOT) issued a final order denying antitrust immunity (ATI) to the proposed joint venture between Hawaiian Airlines and Japan Airlines (JAL), casting doubt on the future of the carriers’ planned alliance.

While the DOT denied ATI for the two carriers, it did approve their general commercial agreements, allowing the pair to continue coordination and further explore “how best to structure an arms-length partnership.”

In declining to grant ATI, the DOT reasoned that the carriers had failed to provide sufficient evidence to demonstrate how the agreement would offer consumers “more benefits than they would be likely to obtain through an ordinary commercial cooperation without ATI.”

The department also found that the carriers had “not made many of the technological investments needed to quickly deliver the proposed benefits of ATI,” such as the ability to synchronize ticketing and baggage checks, coordinate in digital sales and marketing and streamline customer actions involving interline itineraries.

“Hawaiian Airlines and Japan Airlines can continue to coordinate services, to the extent that doing so comports with US antitrust law,” the department said in a statement.

However, without ATI, it is unlikely the two carriers will forge ahead with plans to expand their dwindling codeshare partnership.

In previous comments submitted to the department, the joint applicants said that absent ATI, their “codeshare relationship will increasingly suffer.”

On Hawaiian’s most recent quarterly earnings call, CEO Peter Ingram also appeared to condition the JV on the approval, saying: “If we are granted ATI, we expect to implement the JV toward the end of 2020.”

The decision is the first in recent memory where the DOT opted not to grant ATI to a proposed airline alliance, signaling a shift in the department’s view of the benefits that immunized alliances offer the flying public.

In recent public remarks, DOT undersecretary for international aviation David Short appeared to confirm that such a shift had occurred at the department.

“Contrary to what some people think, we don’t just rubber-stamp these applications,” Short said at the Chamber of Commerce Aviation Summit 2020 in Washington.

“We analyze them very thoroughly and prescribe conditions when necessary to protect those benefits.”

The order makes final an earlier tentative order from early October. In November, Hawaiian and JAL submitted a revised application that they said would enhance the JV’s benefits by expanding its geographic scope and making additional investments in technology.

In its final order, the DOT said the pair had not provided the text of the revised agreement or enough additional evidence to demonstrate the rationale behind the proposed changes.

A spokesman for Hawaiian Airlines said the company was disappointed by the DOT’s decision, noting the carriers wanted to “enter into same type of antitrust immunized joint venture afforded to major global airline alliances.”

“This decision stifles competition and ultimately hurts consumers by preventing both Hawaiian and JAL from offering more choice and greater access for thousands of travelers flying each day between Japan, Hawaii and beyond. We will continue to evaluate opportunities to enrich our partnership and deliver greater value to our guests.”