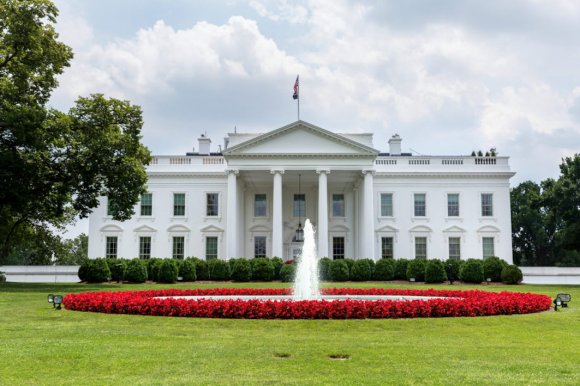 US President Donald Trump voiced support for providing federal aid to a reeling US airline industry that is seeking a total of $58 billion in government assistance.

Lobbying for the funds, Airlines for America (A4A) called the crisis “unprecedented and debilitating” after demand for air travel tanked following the COVID-19 coronavirus pandemic.

“We’re going to back the airlines 100%,” Trump told reporters at the White House on March 16.

Trump noted that airlines were “having record seasons, and then this came out, and it came out from nowhere. So, not their fault, but we’re going to be backing the airlines.”

Trump added that “hopefully we won’t have to” impose domestic travel restrictions while acknowledging that potentially restricting domestic travel was “something that we talk about every day.”

A4A, the trade group representing US airlines, said carriers are witnessing a dramatic decline in demand that continues to worsen.

“Carriers have been forced to remove flights from their schedule and make historic capacity cuts. Cancelations are spiking, and for US carriers those cancelations are outpacing new bookings,” A4A said.

“The economic impact on US airlines, their employees, travelers and the shipping public is staggering. This crisis hit a previously robust, healthy industry at lightning speed, and we remain concerned that the impacts of this crisis will continue to worsen.”

As a result, A4A called for “immediate assistance,” noting that “the current economic environment is simply not sustainable” and “the crisis does not appear to have an end in sight.”

A4A is seeking a package including $25 billion in immediate grants for passenger airlines and $4 billion for cargo carriers, as well as a voluntary liquidity facility program that would make the same amounts available to passenger and cargo carriers as interest-free, unsecured loans.

Trump neither committed to nor ruled out the specific package sought by A4A.

The request for assistance and Trump’s comments came as airlines continued to make drastic capacity cuts. United Airlines, for example, announced around a 50% cut in capacity for April and May.

“We also now expect these deep cuts to extend into the summer travel period,” United CEO Oscar Munoz and president Scott Kirby said in a joint statement. “Even with those cuts, we’re expecting load factors to drop into the 20-30% range—and that’s if things don’t get worse…”

“When medical experts say that our health and safety depends on people staying home and practicing social distancing, it’s nearly impossible to run a business whose shared purpose is ‘connecting people, uniting the world’.”