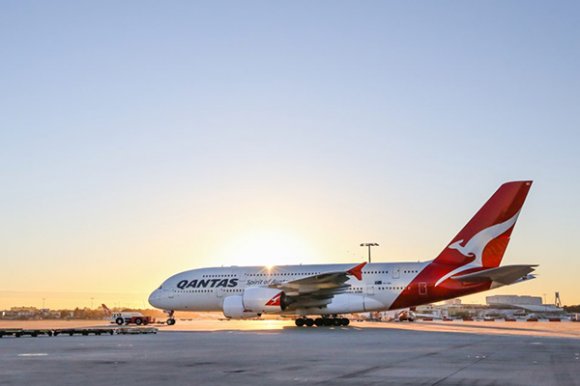 Major airlines around the world are continuing to announce largescale capacity cuts in response to the COVID-19 coronavirus pandemic.

Australia’s flag carrier Qantas and low-cost subsidiary Jetstar will cut about 90% of international capacity until at least the end of May 2020. This is up from the 23% reduction for the fourth quarter of Qantas’ current financial year that was announced last week.

Total group domestic capacity will be cut by about 60% until the end of May, a major increase from the 5% reduction previously announced.

The group said this reflects “a rapid decline in forward travel demand due to government containment measures, corporate travel bans and a general pullback from everyday activities across the community.”

As a result, about 150 aircraft will be grounded, including almost all of the group’s wide-body fleet. Previously announced cuts in place from the end of May through to mid-September remain in place and are “likely to be increased” depending on demand.

Qantas said the capacity cuts would be “felt across the entire workforce” of 30,000 staff. CEO Alan Joyce and chairman Richard Goyder have already agreed to take no pay for the next three months.

The latest OAG Schedules Analyser data shows Qantas was scheduled to operate almost 56,000 flights between March 17 and May 31 offering 8 million seats while Jetstar would have offered 22,000 departures and 4.3 million seats.

Chile’s LATAM Airlines Group is also planning to reduce international capacity by 90% alongside a 40% cut in domestic capacity. This equates to a 70% reduction across all its operations.

“We made this difficult decision following border closures that have made operating to a large part of our network impossible,” LATAM’s chief commercial officer and CEO-elect Roberto Alvo said.

“If these unprecedented travel restrictions are extended over the next few days, we cannot rule out further reductions to our operation.”

Alvo said the cuts were necessary to ensure the group’s long-term sustainability and protect the jobs of its 43,000-strong workforce. However, he also said airlines need support from governments during what he called the “greatest crisis in history for the tourism and civil aviation sectors.”

In Europe, Lufthansa Group has confirmed that Austrian Airlines will temporarily suspend scheduled flight operations on March 19, initially until March 28. The last flight is expected to land in Vienna from Chicago at 8:20am local time. The move came after Austrian Chancellor Sebastian Kurz said he would be suspending air travel to and from the country.

In addition, the German group’s airlines will further reduce their short- and long-haul schedule. The cancellations will lead to a sharp decline in long-haul service, especially in the Africa, Central and South America and the Middle East.

Overall, the group's seating capacity on long-haul routes will be reduced by up to 90%. A total of 1,300 weekly connections were originally planned for summer 2020. Within Europe the flight schedule will also be further reduced. Starting March 17, only 20% of the previously planned seating capacity will still be offered.

Elsewhere, after Ryanair yesterday announced that “the majority of its aircraft fleet across Europe” would be grounded within the next seven to 10 days, the group’s Austrian airline Lauda has now suspended all flights. The carrier has halted operations until April 8 at the earliest.