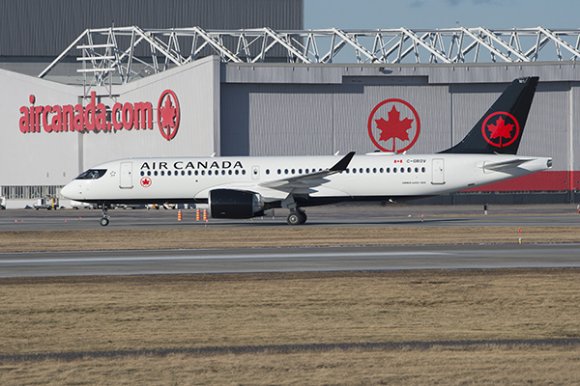 Canada and the US have announced plans to close their mutual border to all “non-essential” traffic, prompting Canadian airlines to make steep capacity cuts.

“Travelers will no longer be permitted to cross the border for recreation and tourism,” Canadian Prime Minister Justin Trudeau said, explaining the measure was necessary to combat the COVID-19 coronavirus pandemic in North America.

Air Canada said it will reduce its transborder network from 53 US airports to 13 by March 31 as it gradually suspends the majority of its international and US-bound flights.

“Subject to further government restrictions, the airline intends to continue to serve a small number of international and US transborder destinations from select Canadian cities after April 1,” the airline said.

The Montreal-based carrier—which will be the only Canadian airline operating any transborder flights after March 22—said further cuts to US flights could be necessary based on either demand or government edicts.

The airline said it intends to continue to serve all domestic provinces and territories within Canada but will reduce its domestic network from 62 airports to 40 from April 1 until at least April 30.

“The restrictions on travel imposed by governments worldwide, while understandable, are nonetheless having a cataclysmic effect upon the global airline industry,” Air Canada president and CEO Calvin Rovinescu said.

Calgary-based WestJet, Canada’s second largest airline, said all of its US transborder and international operations will be suspended for at least 30 days starting March 23.

Meanwhile Toronto-based Porter Airlines announced it is temporarily suspending all flights at the close of operations on March 20, with plans to resume service on June 1. “COVID-19 is having an unprecedented effect on people around the world and Porter is determined to do our part to support the efforts of the Canadian, US and global authorities in their responses,” Porter president and CEO Michael Deluce said.