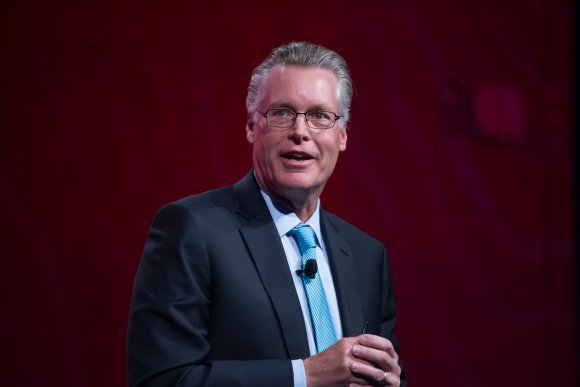 US airlines have dropped the bulk of their flights for the next several months, forced to scale back to once-unthinkable levels of capacity by the total collapse in global air travel demand caused by the COVID-19 coronavirus pandemic.

In a companywide memo dated March 18, Delta Air Lines CEO Ed Bastian (pictured) outlined plans to reduce systemwide capacity by 70% “until demand starts to recover.” International operations will see the largest cuts, with over 80% of international flying suspended over the next two to three months.

Bastian revealed that revenue for the month of March is now expected to fall by nearly $2 billion year-over-year, and April projections anticipate an even greater fall. To preserve cash, the company will defer nearly all capital spending, including all new aircraft deliveries, while parking more than 600 aircraft and accelerating the retirement of its Boeing 767s and MD-88/90s.

“We are having constructive discussions with the White House and Congress and remain optimistic that our industry will receive support to help address this crisis,” Bastian said.

“Cash preservation remains our top financial priority right now. Making swift decisions now to reduce the losses and preserve cash will provide us the resources to rebound from the other side of this crisis and protect Delta's future.”

United Airlines suspended service across 60% of its systemwide schedule, including a 42% reduction across the US and Canada and an 85% decrease in international flights.

United will continue operating 45 daily international flights from a handful of its primary hubs including Houston Intercontinental (IAH), Newark, New Jersey (EWR) and San Francisco (SFO). Regarding potential domestic service suspensions, United said it is “closely monitoring demand as well as changes in state and local curfews and government restrictions across the US and will adjust its schedule accordingly throughout the month.”

JetBlue Airways CEO Robin Hayes told employees in a March 18 memo that capacity will be reduced by at least 40% in April and May, and “substantial cuts” are also expected for June and July.

Hayes said JetBlue was reviewing its Airbus order book for opportunities to defer deliveries and reduce aircraft pre-delivery payments, adding that the New York-based carrier will also defer the leasing of four used Airbus A321s that it had planned to cope with chronic A321neo production delays.

Las Vegas-based ULCC Allegiant Air will trim capacity 30-35% and has enacted an immediate moratorium on all non-essential spending.